Arkady Petrov is a Soviet artist and sculptor, one of the leaders in the generation of seventies artists. Works in the areas of naive and primitivism.   Artist was born in the village of mine Komsomolets (Donetsk region, Ukrainian SSR). He spent his childhood in the edges of the Donets Coal Basin (abbreviated Donbass). At age 17 he moved to Moscow. In 1959-1963 Arkady studied at the Moscow Regional Art School “In Memory of 1905. After the graduation he entered the Moscow State Art Institute names after Surikov on the faculty of painting. Since mid-1960’s he started to participate in exhibitions and has become member of the Union of Artists since 1971. However, paintings of young artist appeared at official exhibitions very seldom. The professional success came at the turn of 1980-90’s. In 1988 he received a grant Grafikstudio (Tampa, FL, USA). The artist status was supported by personal exhibitions at the Central House of Artists in Moscow, as well as exhibitions curated by director Sergey Solovyov and artist Oleg Kulik. Currently Arkady Petrov lives and works in Moscow.

The picturesque style of Arkady Petrov, thanks to which he gained fame, is usually associated with such trends in art as primitivism and naive. However, the artist does not associate himself with any particular style — throughout the entire career (for over 45 years) the artist remains open to the search for new forms and solutions. Petrov has a professional art education. He was engaged in monumental government orders in the beginning of his carrier. In parallel with this, already in the early period of creativity, the author seeks to get rid of the academic framework, forget his professional training and find the naive sincerity of the letter that we can see from the masters “from the bottom”.   One of the most important factors that influenced the formation of the Petrov’s artistic language is his childhood spent in a provincial mining settlement. The artist comments this time: “Mines, poverty... Life went on among very mundane people whom nobody sees, hears, the so-called mass, the poor”. Catching visual images from his childhood, Petrov transforms them into his paintings and sculptures, filling them with the aesthetics of Soviet mass culture. It is also interesting that for decades, the artist drew inspiration from the accumulated treasures of his childhood: postcards, candy wrappers, painted photographs. These simple things became an adornment of a difficult post-war reality, which was reflected in the work of the author in the future.   Often the compositions of the 70s and 80s unfold on the principle of theatrical scenes, where the characters in their best outfits demonstrate a “chic life”: while walking in a park or on vacation in Sochi. The effect of theatricality is enhanced by elaboration of details resembling a book miniature: architectural elements covered with ivy and roses, small cute birds, cats, bows... At the same time, it moves us into a kind of idealized Eden — a world of daydreams, where there is no place for sorrows and hardships of depressing reality. This line of the narrative is preserved in a later period, but we can find is an ever-increasing allusion to polemics with other avant-garde artists in Petrov’s works of the 90s — elements of assemblage, collage, etc.   Having created a collective image of a Soviet man, Arkady Petrov inadvertently captured in it everything that is characteristic of modern society: alienation, emptiness and self-centeredness, covered with ostentatious gloss and playful kitsch. At the same time, all the characters of the artist are full of some incomprehensible charm and love — perhaps only love can save a person from all the dark sides of reality.   Now the author’s works are listed in collections of leading world museums and private collections. 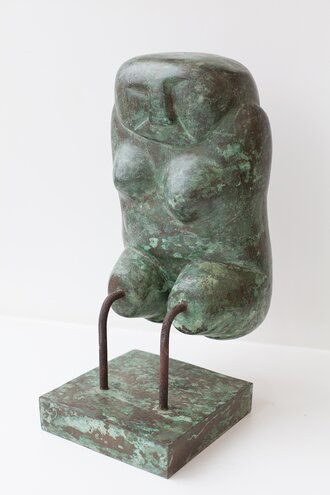 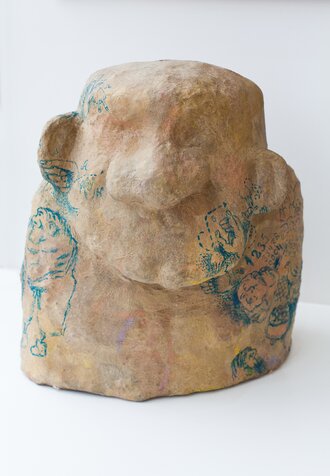 «Man with a tattoo» 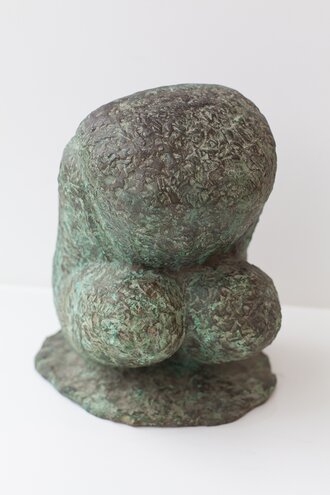 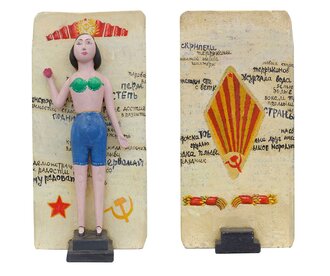 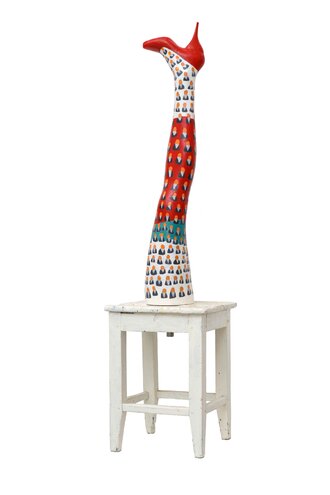 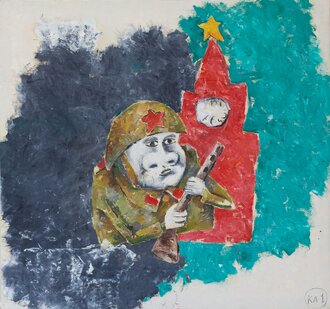 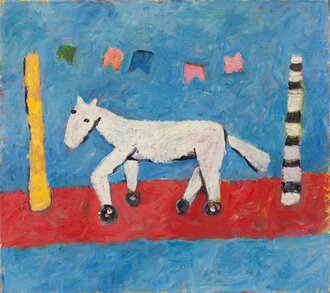 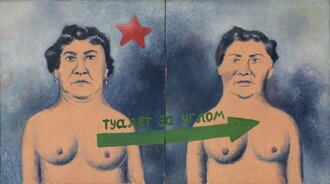 «Toilet around the corner» 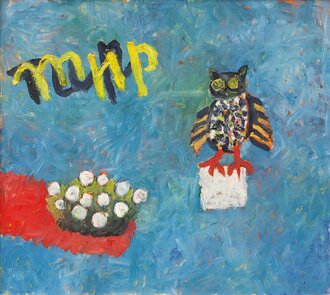 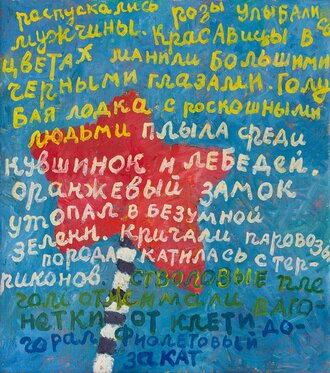 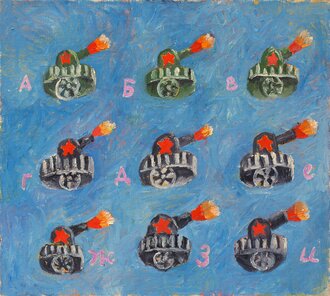 «A beginner′s guide to military science» 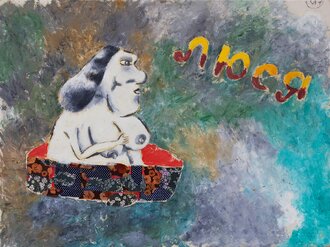 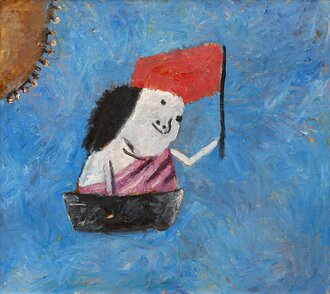 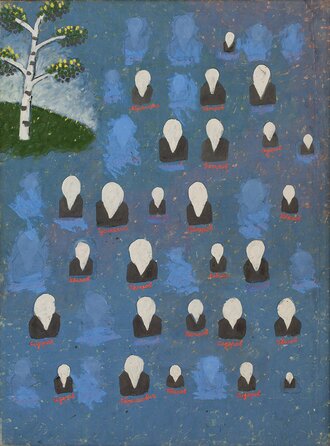 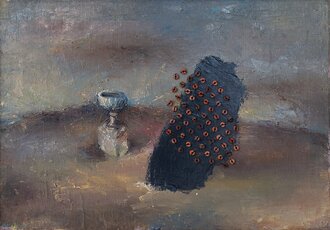 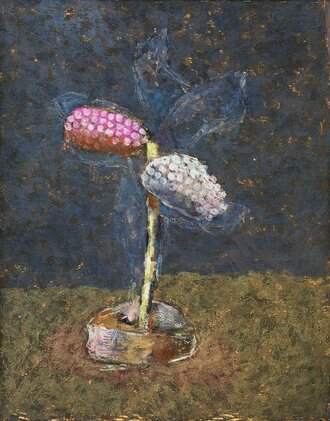 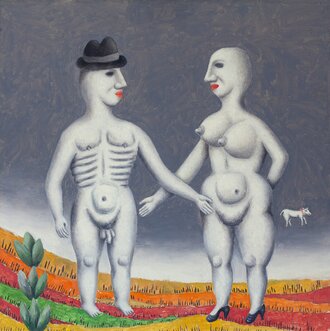 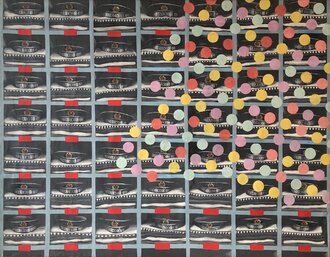 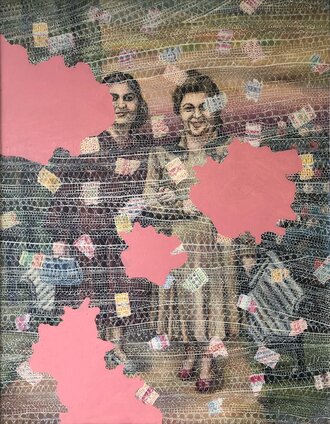 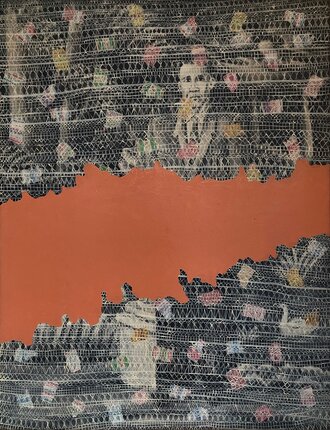 «On holiday in Sochi.» 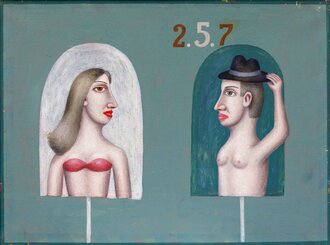 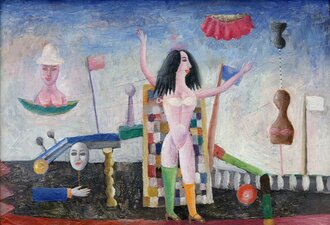 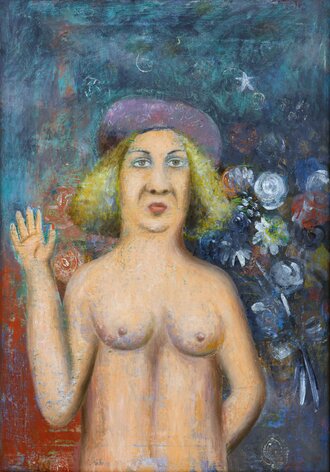 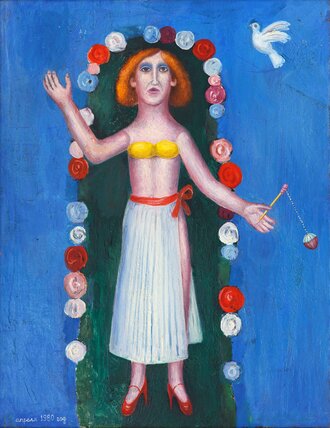