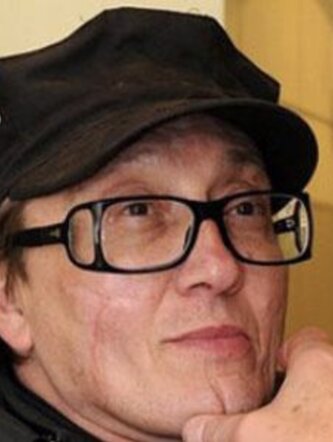 Mihail Chemiakin (Russian, b.1943) was a prominent member of the Soviet Nonconformist movement. In 1967, Chemiakin founded the St. Petersburg Group of artists, and developed the philosophy of Metaphysical Synthesism, dedicated to the creation of a new form of icon-painting based on the study of religious art of all ages and peoples.
He works in a broad range of media, from drawings to monumental sculpture, theater and cinema, and on themes ranging from the theatrical to the philosophical.

In 1971, Chemiakin was forced out of the USSR by the Soviet authorities. He settled, first in Paris, and then moved to New York City in 1980.

In 1989, the return of Chemiakin’s work to post-Communist Russia began with the first exhibition of his work there since his exile. Subsequently, he installed four monuments in St. Petersburg, to Peter the Great, to the Victims of Political Repressions, and to the Architects and Builders of St. Petersburg.

The artist has been awarded numerous prizes, such as Chevalier des Arts et Lettres (France 1994) and State Prize of the Russian Federation (Russia, 1993). He is Doctor Honoris Causa at the University of San Francisco, the Academie Europeene des Arts in France, and the Russian State University of the Humanities in Moscow. Chemiakin’s work is in the permanent collections of numerous museums in the United States, Russia, France, Poland, and CIS countries.

The artist lives and works in Russia, the United States, and France.