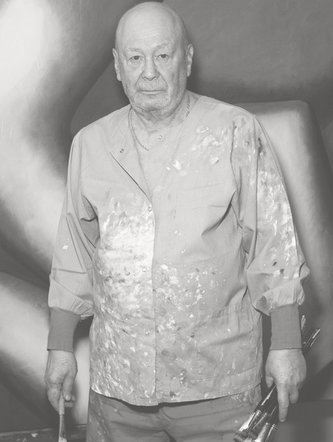 In 1956 he had his first apartment exhibition in the Vladimir Slepyan (1930–1998) houseroom. In 1958 he graduated from the Saint Petersburg State Theatre Arts Academy, where he studied under experimental scenic designer and theatre director Nikolay Akimov. In the 1960s and 1970s, the Tselkov studio in Moscow visited over the years such celebrities as, Arthur Miller, David Alfaro Siqueiros, Renato Guttuso, Lilya Brik, Anna Akhmatova, Joseph Brodsky, Yevgeny Yevtushenko (close friend of Tselkov), Louis Aragon, and Pablo Neruda.

The first Tselkov solo exhibition was opened in Kurchatov Institute in January 1966, but after two days the KGB broke the show as ideologically unacceptable. In 1977 Tselkov and his wife left the USSR and established themselves in Paris, where they have been living and working ever since. From 1980-1990 Tselkov enhanced the hues of his painting, enveloping the figures in a nebulous haze, and often expanding the canvases to the size of wall panels