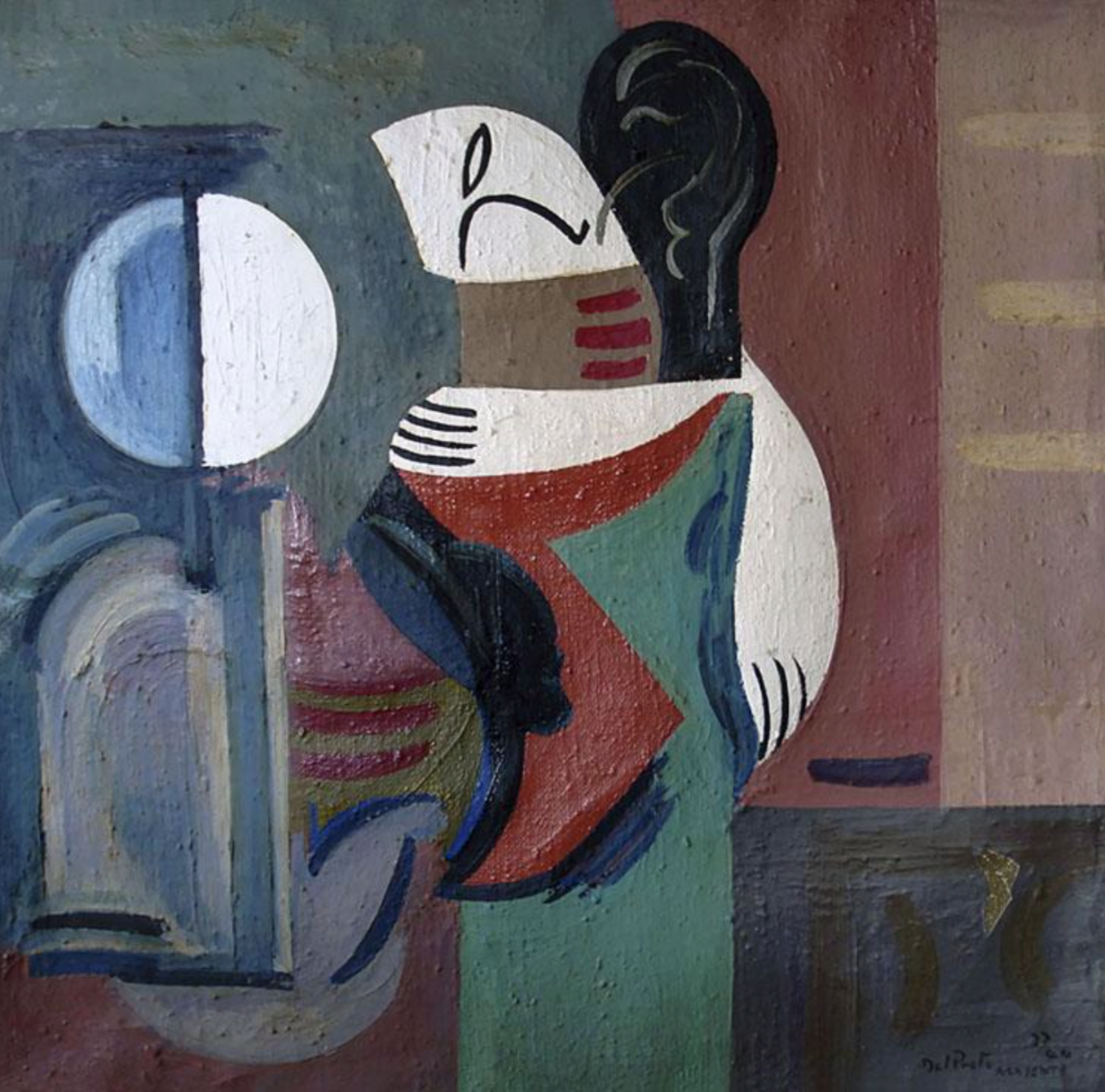 There are many relationships who jump to the forefront of our minds when you hear the term “artistic couple”. From Diego Rivera and Frida Kahlo to Marina Abramović and Ulay, there are numerous pairs who shared their lives and ideas on artistic expression together. One who might be lesser known are Juan del Prete and Yente (Eugenia Crenovich), a couple who defined the South American abstract art scene in the middle decades of the 20th century.

Juan del Prete was born in Italy but immigrated to Argentina in the early 1900s. His early works were representational landscapes. After an opportunity to study in Paris, del Prete was introduced to numerous artists with whom he exchanged ideas and joined the Abstraction-Création group which included Alexander Calder and Hans Arp. He returned to Buneos Aires and made the first non-figurative exhibition in the country with collages brought from Paris.

In 1935, the artist met Eugenia Crenovich, better known as Yente. She also immigrated to Argentina, a Ukrainian Jew who fled the rampant anti-Semitism in Europe. She studied philosophy before taking painting classes, and it was during this time that she met Juan del Prete.

During their lifetime and over 50 years together, both artists took part in numerous individual and collective exhibitions; however, they never exhibited together as a couple. MALBA, Buenos Aires’ museum of contemporary Argentinean and Latin American art, will open an exhibition this March which seeks to expand the individual appreciation of both artists while also studying their productions based on their bond, both through day-to-day banality and in affective emotional connections.

Throughout time, the critical and market popularity of these artists has changed. For many years, Juan del Prete was seen as the exclusive legitimate artist of the couple while in recent decades, the importance of Yente has been underlined due to the rise of gender equality and understanding of female artists as equally talented as male artists. Although these artists did not escape the social gender stereotypes of the time nor the traditional couple roles in force, there is much to investigate in terms of the link between their productions, as well as in the relationships established with their artistic and cultural environments.

MALBA will show more than two hundred works that underline the wide arc of their trajectories. This will show a comprehensive panorama of their metaphysical searches through abstract art, searches which they discussed and discovered together through a shared use of visual cues. By doing this, the exhibition will start with the production of both artists from the 1930s to the 1960s. However, the understanding of their work extends further if one considers subsequent productions, particularly from the 1960s on, and the way in which these artists worked the various experimentations and reflections of modern styles.

Between Del Prete and Yente nothing seems to have been left out of their artistic search. They opened a back and forth between figuration and abstraction, to informalism, and to experimentation with collage, objects and textiles. In different ways, both artists worked tirelessly and left a vast legacy. Yente, although more moderate in procedure and execution, was no less voracious than her partner in a goal to create everything all the time. Her production was not only dedicated to drawing, painting, and sculpture, but also extended to textiles, artist's books and archive work as a way of creation. Yente also obsessively recorded the events of their careers with conceptual and aesthetic thoroughness; through artist's books, she made

versions of classic narratives of our culture as well as stories about love and life with Juan Del Prete.

All of these elements and more are available to be seen from March 11, 2022 at the MALBA in Buenos Aires, Argentina.