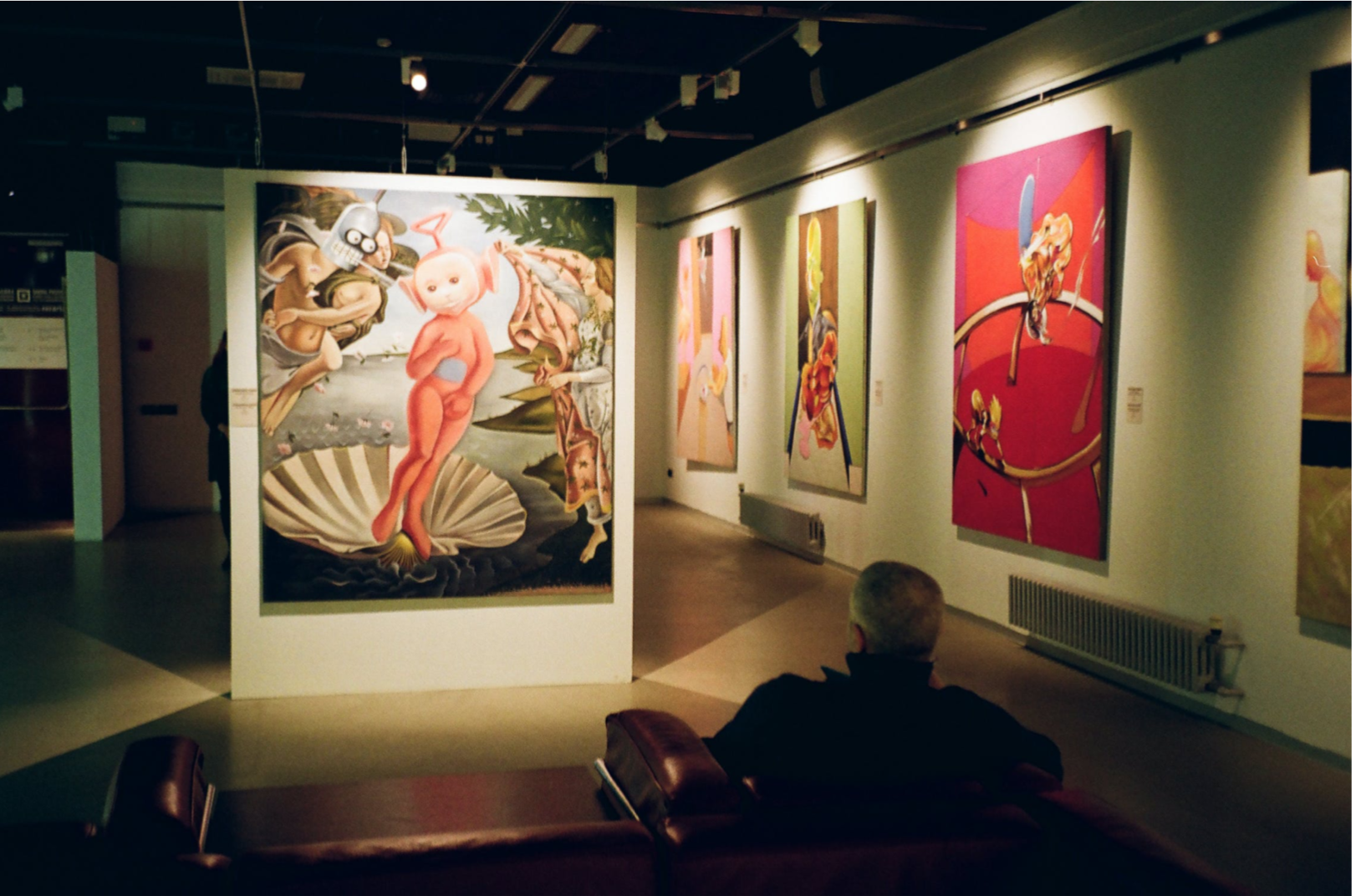 This past week while battling a spat with the infamous Covid (not too bad, thank you vaccines!) I took some time to catch up on some much needed Netflix. While biding my time as the sore throat and coughs worked their way through me, I found an interesting documentary that caught not only my attention, but the attention of art enthusiasts across the board. The documentary in question was Made You Look: A True Story About Fake Art. Summarized by Netflix as “an American crime documentary about the largest art fraud in American history set in the super rich, super obsessed and super fast art world of New York”, the compelling feature explores the purchase and sales of numerous fake Abstract Expressionist works by a famous gallery – and the question of who is to blame for being fooled. The documentary examines how experts, scholars, artists, and relatives of famed artists themselves were deceived by the fraudulent pieces – pieces made by a very talented math teacher in his garage, and sold by an unknown “collector” to one of the most respected galleries in the world.

To give viewers a better understanding of how fine art authenticity is normally checked, the documentary repeatedly mentions the art term “provenance”, and the apparent lack of provenance of the pieces in question. Defined by the London National Gallery as “the history of the ownership of a painting or other work of art”, the provenance of an artwork can come from a range of sources, including contemporary descriptions, inventories of collections, inventory numbers on the paintings themselves and auction sale catalogs. The artworks sold in the documentary have a lack of provenance, or record, which believers of the artwork argued as “mystique”, and critics as evidence of fraud.

Many of those interviewed in the documentary embody the idea of “hindsight is 20/20” with their claims that it should have been obvious to anyone that these “unknown” works claiming to belong to the likes of Pollock, Rothko, and de Kooning were clearly fake. But if it was so obvious, how did so many people – literally and figuratively – buy into the idea that these were real, newfound masterpieces, spending millions? In the documentary, numerous circumstances are recalled in which experts of certain artists as well as family members believed the art to be real. One fraudulent Rothko gets major attention in the film, with Rothko scholars even bringing about the idea of adding the “newfound” work to Rothko’s catalogue raisonné – the comprehensive, annotated listing of all the known works of an artist either in a particular medium or all media, often seen as the part of the ultimate guide (alongside provenance) of proving a work’s authenticity.

Of course, it did help that the pieces were being sold by Knoedler & Co, one of the most prestigious art dealers in New York at the time, with over 150 years of experience. The president of the gallery, Anne Freedman, is a main character in the film, arguing her belief at the time that the pieces were real and extraordinary finds. But alongside finger pointing and a questionable lack of due diligence, the documentary has pointed out many people’s already existent and extensive critiques of the lack of transparency in the art world. The grave concern that much of the verification of “fine art” is often hidden behind pedigree and smoke and mirrors, and that one can be easily swindled – even experts.

This tale is sure to put shivers down the spines of anyone even thinking of spending a large amount of money on art. If these experts can be fooled, then who else? If human hubris, or even simple excitement, can get in the way of proper due diligence, and this fraudulence can exist as authentic in the right places at the right time, who is to say that other collectors in the future won’t be fooled as well?

While watching the film, I couldn’t help but muse. What if there was a way to prove provenance that wasn’t kept by a museum, collector, or gallery – but one that was completely open to the public – for example, on the blockchain? What if a piece of art’s lifespan could be tracked publicly, with every transfer of ownership ever made verified by a completely decentralized system not owned or operated by the art world elites. If that were possible, then theoretically it would be harder to deceive so many people within the sector.

As we see NFTs grow and grow in popularity, spanning various mediums, collectors, and purposes, the initial purpose of NFTs could act as an answer for modern day artists looking to ensure that fraudulent pieces of their work are never able to be sold by greedy copy-cats. If all of an artist’s work is continuously, meticulously, mapped through NFTs on the blockchain for the entire world to access, with confirmation from the artist themselves, then future collectors could have a higher chance of avoiding such a catastrophe as seen in Made You Look.

This idea clearly does not work for artists who have already died or do not wish to partake in NFTs. But new famous artists are always emerging – many already selling some form of their work as NFTs. As we as a world grapple with what our new technologies can do for us, why not also muse on how we can utilize them to bring a bit more truth and transparency to the world, especially in sectors often gate-kept by those with privilege?