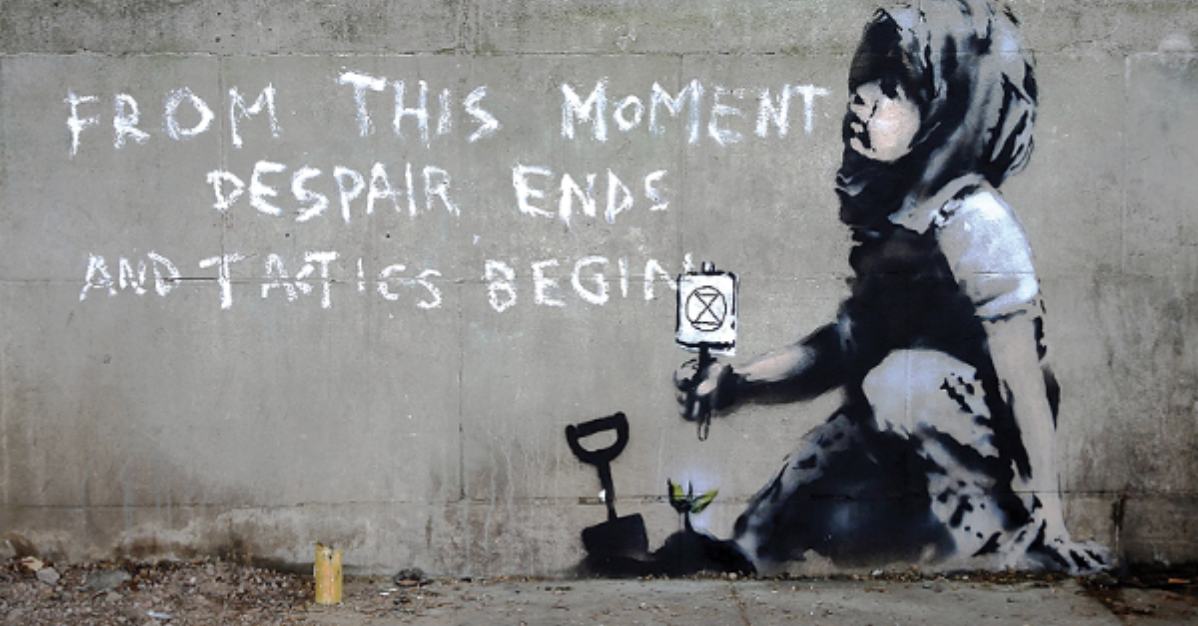 "And then there's the blunt admission by Banksy himself in an interview with thecoinfront.com website, where he declared, "I'm Satoshi Nakamoto.""

There are two personalities in the world that Artessere is proud to be a part of, in which art, which is one of the oldest technologies known to mankind, is intertwined with cryptography, which isn't one of the newest. Could there be a more interesting niche than working at this intersection? They couldn't be more different, and yet they've more in common than you might think: for one, they're both very interested in elliptical curves.

We assume that you one has to be a genius to become one of the richest men in the world through honest, hard work. One of the manifestations of this genius is to stay away from the authorities and their iron grip. This could be one of the reasons for Banksy and Satoshi’s success, or it could be irrelevant (certainly not in Satoshi's case), but either way, both have chosen to stay away from the government's watchful eye, and it looks very much like that will be the case forever.

They're both for the people and against exploitation

Satoshi and Banksy have both long been known for protesting the suppression of human rights, freedoms, and expression for as long as they've been alive . I Banksy, whose images provide poignant and poignant reminders of the ills of society (which could also be seen as directions), and Satoshi, whose images allow you to stay under the radar and sponsor whatever you want, delivered everything you need to right what's wrong in the world. If feel that this city needs a hero, just go through the images one by one and donate crypto to just causes.

Both became popular soon after 2008

It was almost biblical: after the 2008 banking crisis, when the world suffered tremendous damage from the crimes perpetrated by certain banks (and no one was really held accountable), people needed a hero. And it was as if not one, but two emerged at just the right time, right after the global financial crisis that destroyed the lives and homes of myriads of people, and provided not only the directions, but also the means to change the world for the better.

By the way, using Satoshi’s work one can not only save others, but also oneself. Cryptocurrency not only enabled the crypto-sponsorship of professionals who address society's problems (e.g., hiring Marines to rescue animals from poachers or rebuilding war-torn cities), but also provided means of literal survival through crypto trading for people stuck at home without transferable skills during the pandemic.

Satoshi's Genesis block contains a sentence "The Times 03 Jan 2009, Chancellor on Brink of Second Bailout for Banks." Could this be a reference to the name of our other great shadow genius? According to some sources Banksy actually said "I'm Satoshi Nakamoto".  We’ll leave you with the following concept.

How likely is it that Satoshi and Banksy are actually one and the same person who just happened to show up right when the world took a tremendous hit and desperately needed someone to give power back to the people after the global financial crisis? Someone who cleverly diversified, knowing that smart professionals always have more than one income stream (like art and programming)?

Artessere’s delighted to be able to be a part of this brave new world. Find out more about Banksy here.