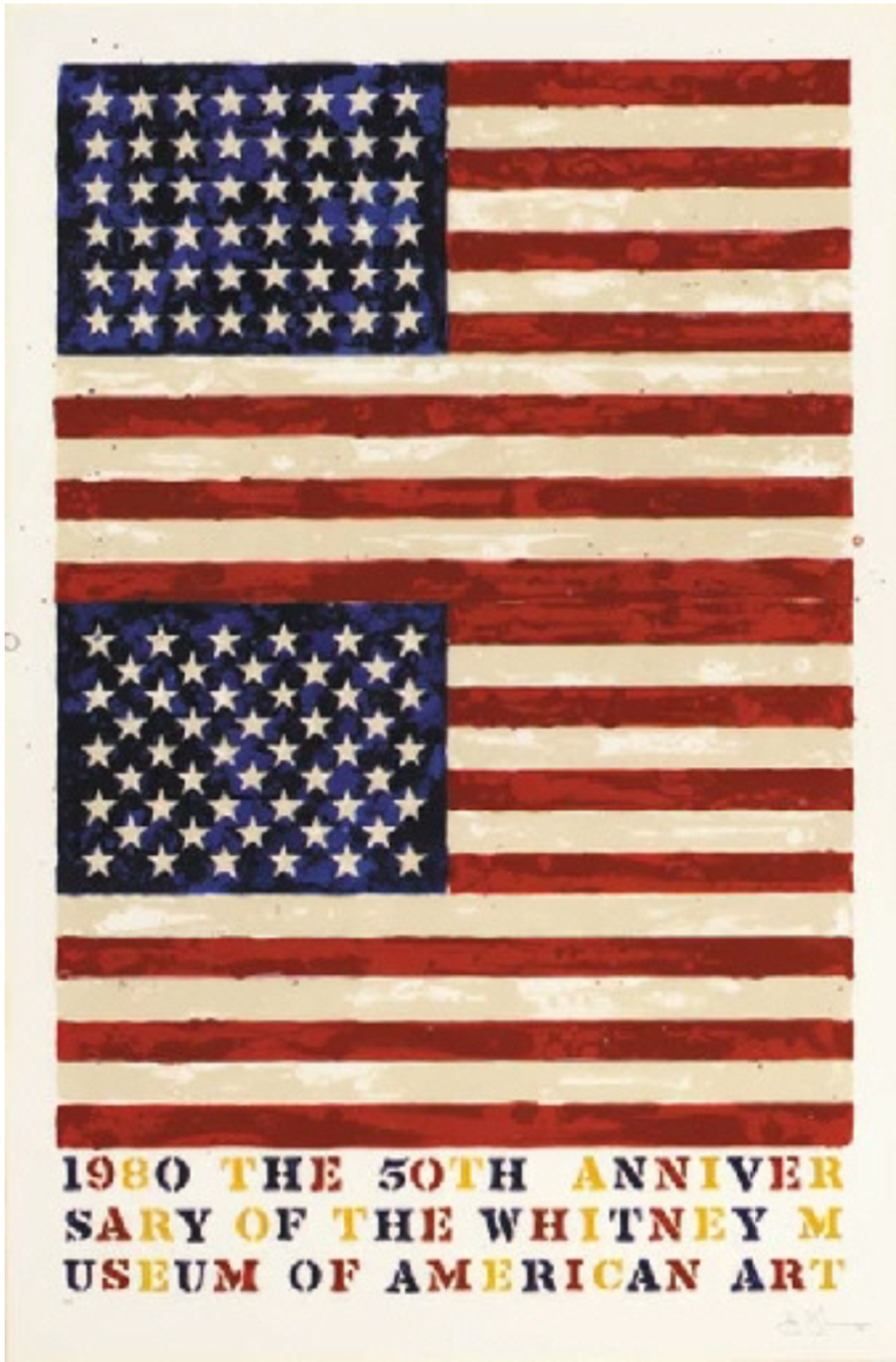 Jasper Johns is considered to be one of the foremost artists of the American modern art world. Well known for his Pop Art depictions of the American flag and similar symbols of contemporary media, his print and painted works are associated with the Abstract Expressionist movement, Pop Art, and Neo-Dadaism. From the mid-1950s he began to shift American modern art by focusing on consumerism and mass-produced goods.

Late in September, a major retrospective of Johns’ works opened simultaneously at the Whitney Museum of American Art in New York City and the Philadelphia Museum of Art. Initially planned to open last year in celebration of the artist’s 90th birthday, the idea of this retrospective was decided years ago. Split between two museums in the two most important cities to the artist, the retrospective features equal, although not identical, exhibitions.

“Jasper Johns: Mind/Mirror” is the largest exhibition of the artist’s work in his career. Between the two museums nearly 500 of his works will be shown, outlining the important role he played in bridging the Abstract Expressionism of the 1950s with Pop Art of the 1960s. Iconic works involving coffee cans and American flags lay out his career, interspersed with various other works that show his true artistry and skill. Some such works are from the artist’s own collection and have not previously been shown publicly.

Johns has had a long interest in doubles and mirrors, which this retrospective plays with. The Whitney exhibition focuses on dreams while the Philadelphia exhibition focuses on nightmares. The Whitney is interested in his early life influences in the American South while the Philadelphia exhibition shows his influences from his time drafted in Japan. These competing curatorial visions led to some conflict, yet the differences that a general audience may experience when visiting both exhibitions is minor.

The Philadelphia Museum of Art focuses on another important aspect of Johns’ influence and career: Dadaism and Marcel Duchamp. While institutionally, the Whitney is happy to continue to uphold the influence Johns had on contemporary art, particularly as a Pop Artist, the nature of the PMA allows exploration into other aspects of his career and interests. The PMA, for example, includes a survey of the Japanese artists with which he collaborated and whose works are a part of his own personal collection. 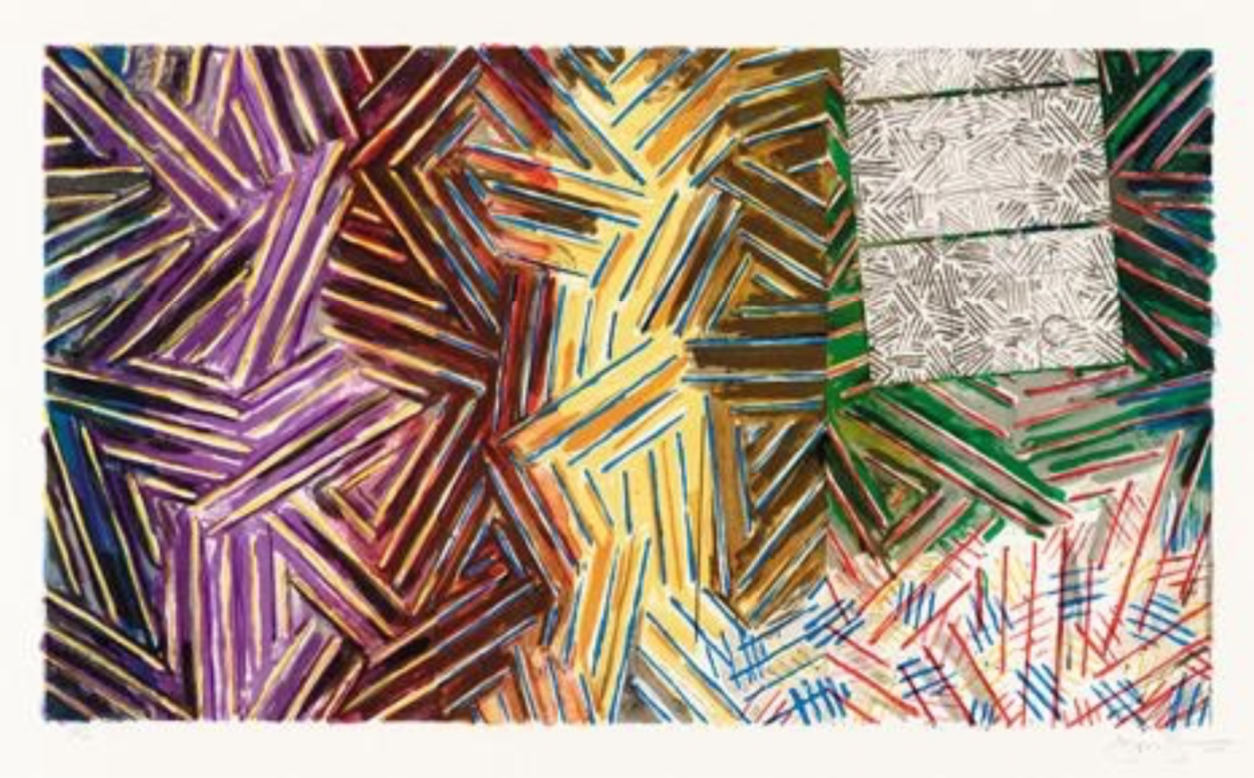 Image caption: Between the Clock and the Bed, Jasper Johns, 1989
Image: https://www.wikiart.org/en/jasper-johns/between-the-clock-and-the-bed-1989-0

It is worth noting that both museums are interested in upholding an understanding of art history and its leaders, particularly in America, without a new interpretation or opening of the hierarchy.

Jasper Johns is consecrated in the annals of art history; critical responses to his works would not be well-received. Notably, both of these institutions were subject to critique in the 2020 movements for Black Lives Matter and unionization efforts for the front of house staff members. Both institutions continued to plan this exhibition in lieu of addressing such issues.

Johns is known for many aspects of his art, but autobiography is not one. The curators of these exhibitions attempt to hone in on his identity as a gay man in New York pre-Stonewall, but it is difficult to do given that Johns himself did not outwardly address this in his works. His famous relationship with fellow abstract Expressionist Robert Rauschenberg is alluded to, but does not go further than this in either exhibition.

One major aspect of both exhibitions is the emphasis on Johns’ work after the 1960s. The works he is most known for are in the period of the 1950s-60s, but we are now offered an opportunity to explore his personal motifs and introverted nature. Through a chronological survey of the artists’ works, we are left to make our own assumptions and understandings of what Johns is trying to convey (is he making art for us, the viewer, or for himself, the artist?) and provides a pathway from his well-known pieces frequently screen printed on T-shirts and memorabilia to lesser-known pieces from as recent as 2020.

Jasper Johns: Mind/Mirror is open from 22 September 2021 to 22 February 2022 at the Whitney Museum of American Art and the Philadelphia Museum of Art.

Advance booking for tickets is highly recommended. For more information about the exhibition, hours, and how to book tickets please see the following links: