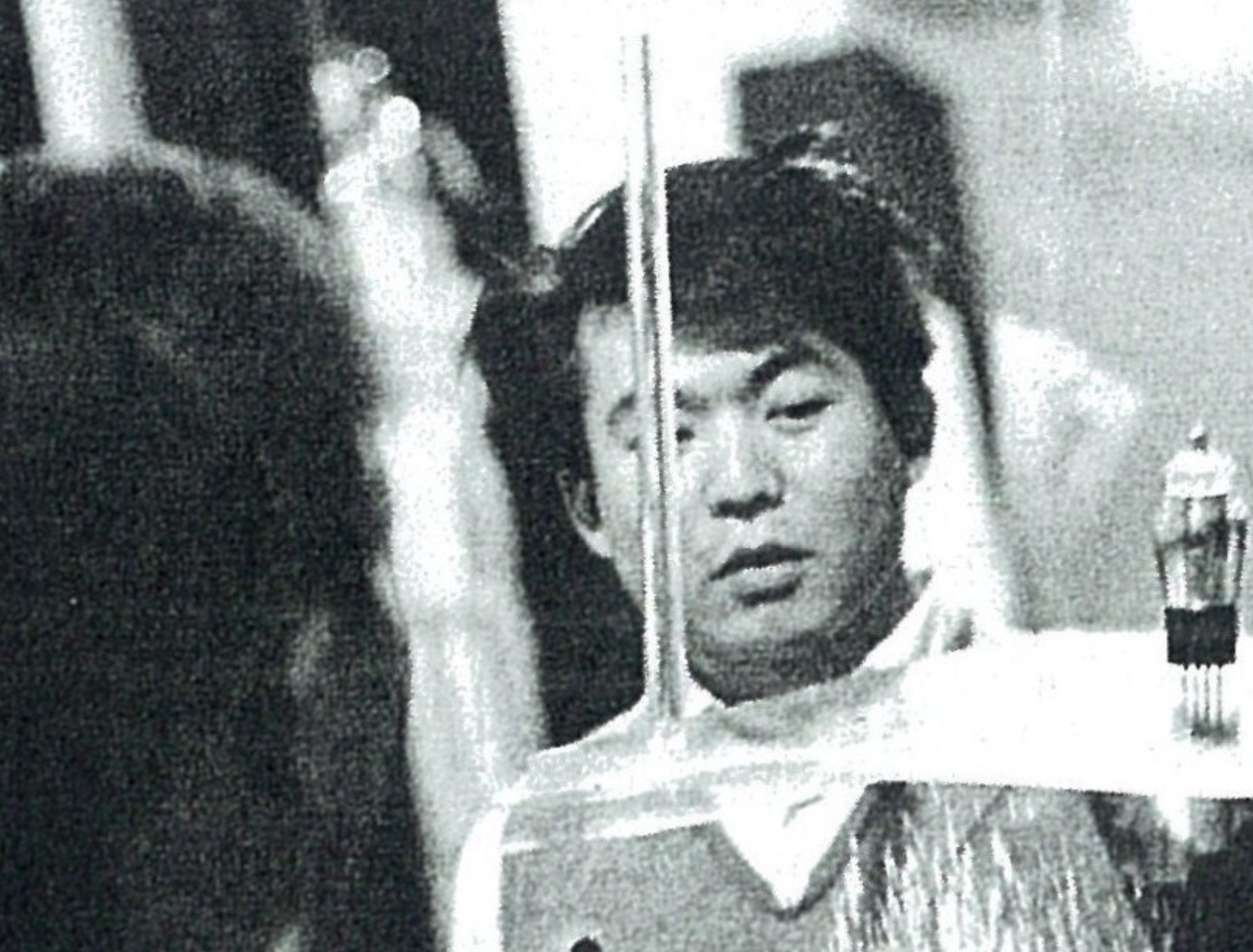 Gagosian is a global network of art galleries specializing in modern and contemporary art with seventeen exhibition spaces across New York, Los Angeles, London, Paris, Rome, Athens, Geneva, and Hong Kong. Since its 1980s Los Angeles beginnings, the network has exhibited famed artists ranging from a variety of genres and eras, including Jean-Michel Basquiat, Roy Lichtenstein, Willem de Kooning, Andy Warhol, Jackson Pollock, Jenny Saville, and many more. Over the years, the Gagosian has developed their catalogue of galleries across the world, keeping an eye on modern and contemporary artists. This can be seen in “Waiting Voices“, an exploration of paintings and drawings over a twenty-year period of his forty-year career, including works from 1964 to 1984.

Shusaku Arakawa (1936–2010) was born in Nagoya, Japan, to a restaurant owning family. Referring often to himself as an "eternal outsider" and "abstractionist of the future", his

interests varied from an early age, ranging from math, medicine, and art – all of which converged through his drawings and paintings. In 1958, Arakawa was featured in his first exhibition, Yomiuri Indépendant Exhibition, famous for its postwar Japanese avant-garde art and departure from traditional Japanese exhibition style.

From there, Arakawa continued to be involved with the Japanese avant garde, combining his art with social commentary. This included assemblages referencing the 1945 atomic bombings at Hiroshima and Nagasaki. By 1960, he was involved with the Japanese avant-garde art collective the Neo-Dada Organizers, who engaged in “happenings” – a popular art medium at the time, but was then expelled for being too disruptive. 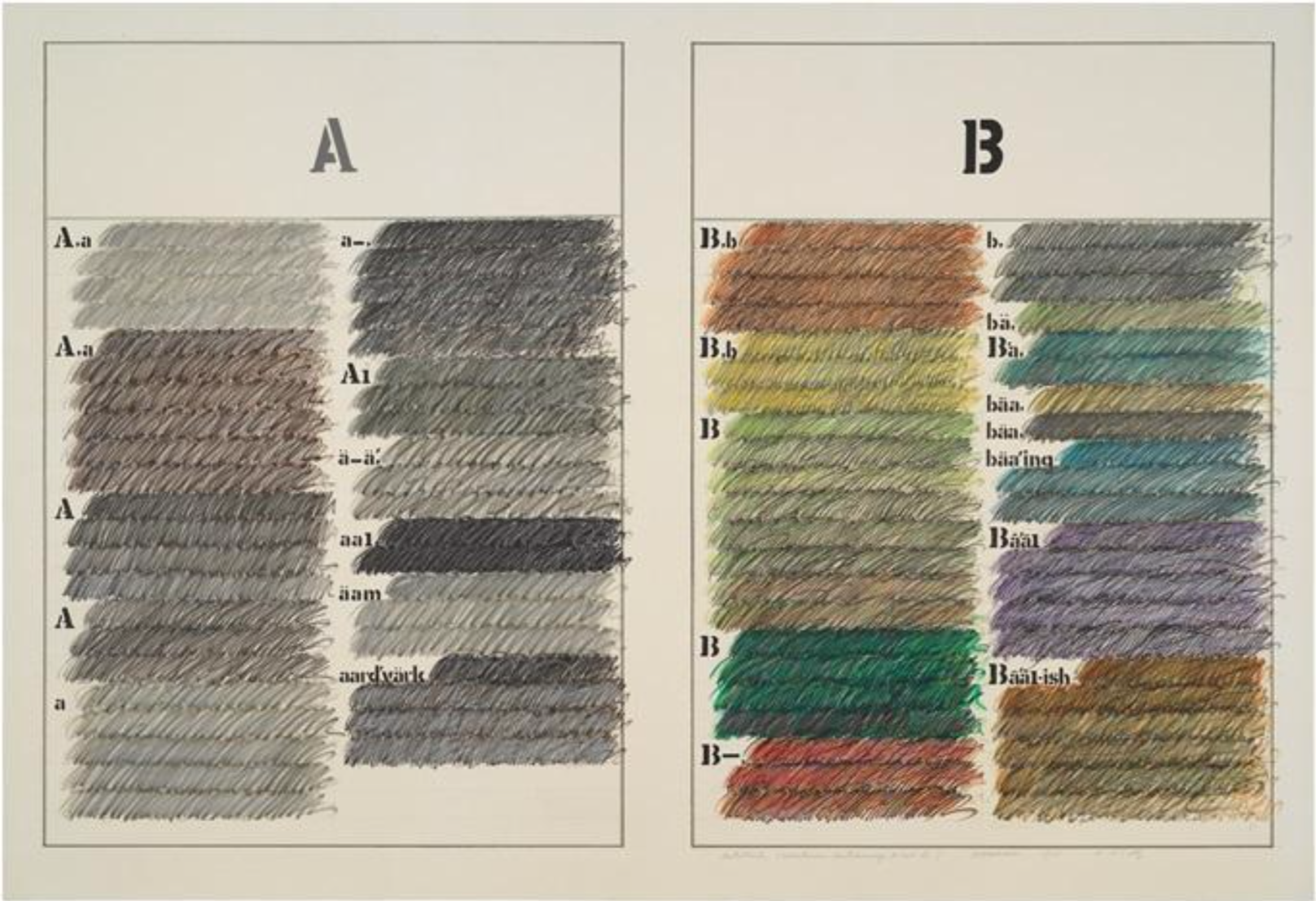 In 1961, Arakawa moved to New York City, the epicenter for contemporary art at the time. There, he formed a close relationship with famed artist Marcel Duchamp, and began utilising diagrams as part of his art, interested in how the diagram could change a viewer's perception. To do this, he utilised a variety of printmaking skills which would continue in his later works. 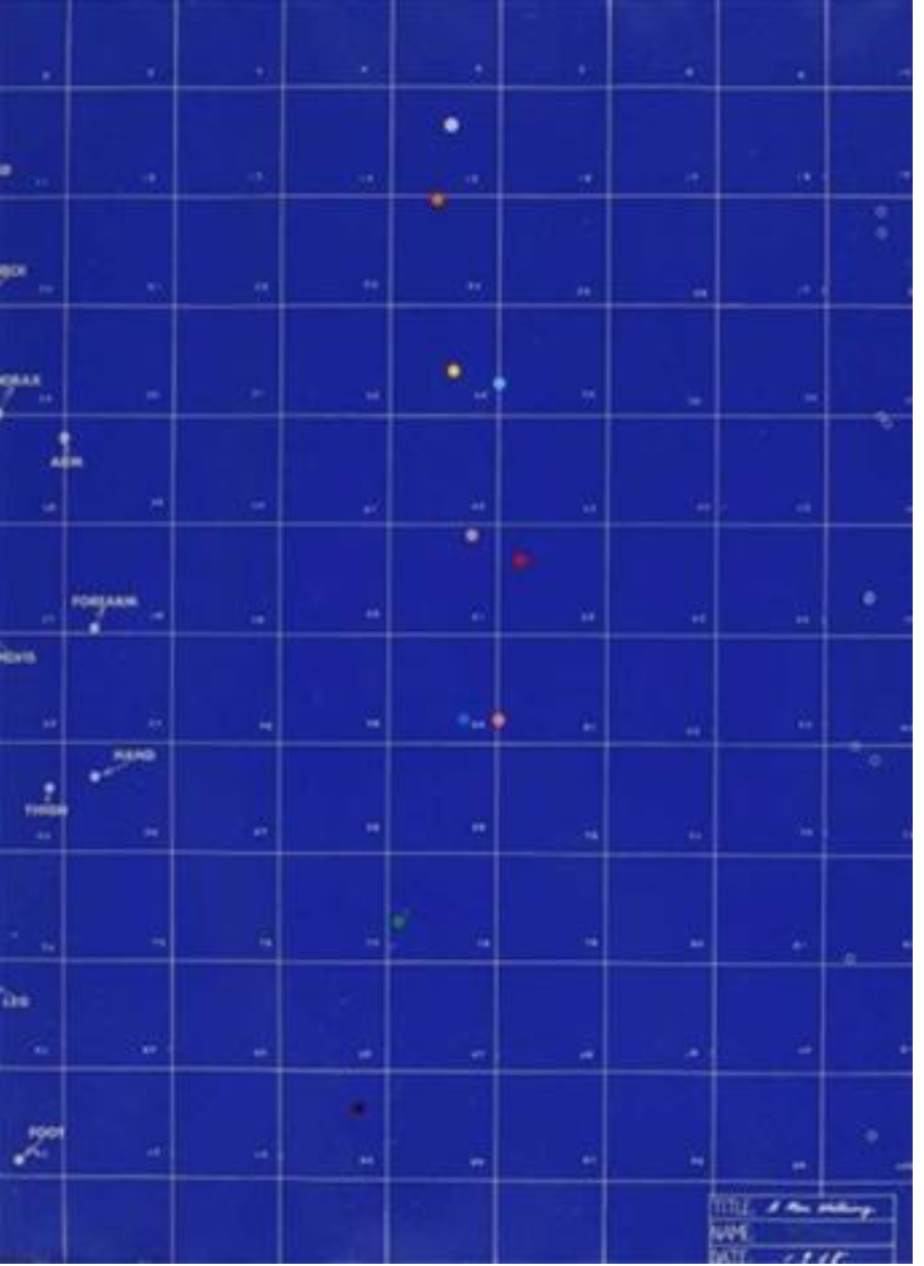 In the late 1960s and 1970s Arakawa partnered with fellow artist Madeline Gins, who would later become his wife. They worked together on a variety of research, film, and architecture works in both the US and Japan. In Waiting voices, visitors can see A Diagram of Imagination (1965), Separated Continuums (1966), and A Couple (1966–67) to see representations of the artist’s work with architectural drawing and paintings focusing on both exterior and interior spaces. Arakawa’s interest in orientation, scale, and other object attributes can be seen in Untitled (Voice Inoculations) (1964–65), as well as his usage of text, which is also seen in Hard or Soft No. 3 (1969). Throughout the many more paintings and drawings on display visitors can also witness Arakawa’s odes to Duchamp, graphics, and planned network like images that represent the full spectrum of what the artist was able to create. In 1970 the artist represented Japan at the Biennale di Venezia, and continued to create art throughout his life.

Shusaku Arakawa is regarded as one of the most versatile and avant garde artists of the global and post-war Japanese art scene, and enjoyed a long and successful career alongside his equally talented partner Madeline Gins. Waiting Voices at the Basel Gagosian explores the many contributions Arakawa made to both conceptual art and the Japanese Neo-Dada.