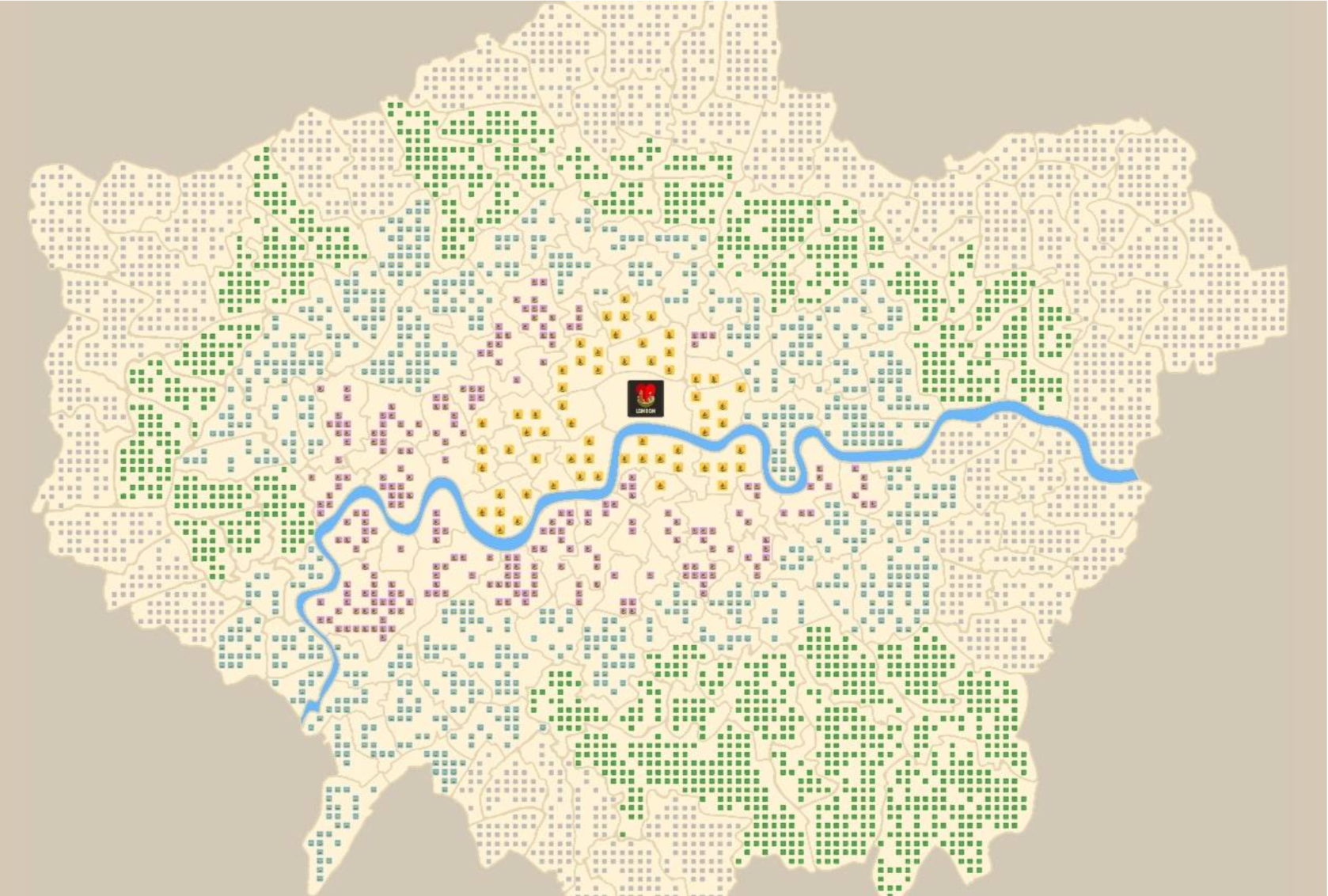 A map of the currently available plots of land being pre-sold in Legacy's version of London. Source: ARS Technica https://arstechnica.com/gaming/2021/12/peter-molyneux-raises-54m-on-promise-of-play-t o-earn-nft-game-legacy/

In previous blog posts, we have spoken about the new frontiers that NFTs are traversing in the world. This week, sales of land in a game that isn’t going to be launched until 2022 earned the creators $55 million dollars. The sale was announced on Saturday, December 10.

Blurring the lines of art, life, reality, and gaming, Legacy is a new game built on technology similar to the Blockchain. The game, created by developers 22cans and Gala Games, is a business simulation in which the primary goal will be buying and selling land, commerce, and building objects to later sell.

The game has its own cryptocurrency, called LegacyCoin, which will allow for in-game purchases. Despite the game being unable to be played as of yet, homes started at around $3,300, and one plot of land went for $972,102 in the game. Each plot of land was tied to its own NFT, allowing for it to be re-sold later.

The game is expected to launch for PC and Mac in 2022. As the NFT boom continues and also continues expanding in terms of what consists of an NFT, it will be interesting to see if these virtual land sales will reach resell prices on par with other NFT sales, including the Bored Ape Yacht Club or CryptoKitties.