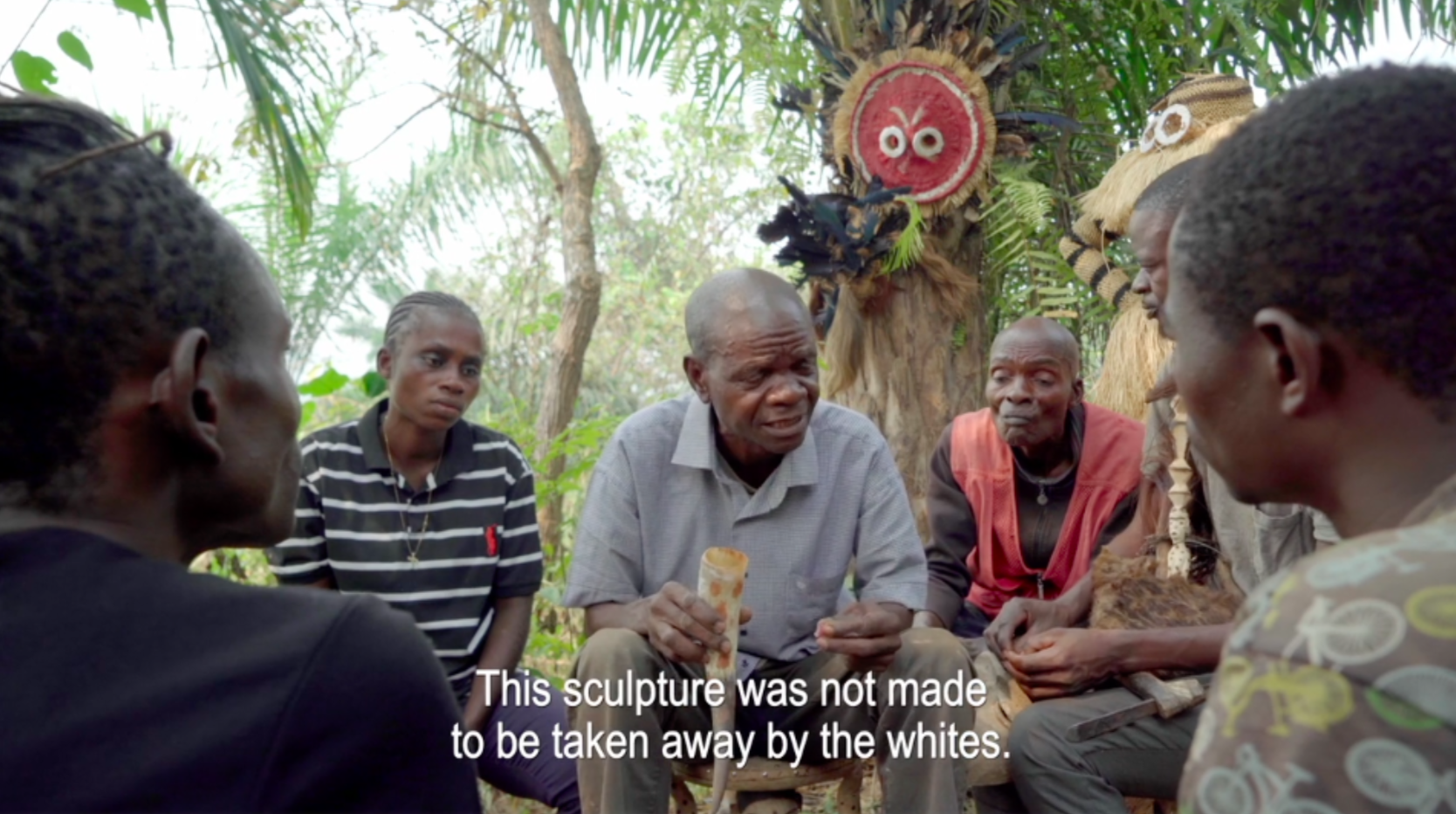 Source: The Plantation and The Museum, CATPC and Renzo Martens, (2021).

Courtesy the artists and KOW Berlin

Statues are a frequent conversation in the modern art world’s frenetic readjustment to call-outs regarding colonization, class, and history. From tearing down statues in public squares and throwing them in rivers to putting up plastic shields around statues for them to not be seen, modern protests have addressed this issue in numerous ways. The latest method comes from an NFT release of a colonial-era sculpture by the Congolese Plantation Workers Art League.

The collective, known as CATPC, has been asking for a loan of this work (an important Pende sculpture carved in the 1930s in the likeness of an abusive colonizer, Maximilien Balot. He had been murdered in an uprising on the plantation and the sculpture was later created to contain and control the Belgian colonizers’ spirits) for two years. Now in the collection of the Virginia Museum of Fine Arts, CATPC has traced the history of the object to underline that it represents the modern continued colonization and Western museums’ specific mode of operation which generally silences avant-garde thinking.

This NFT, a rotating wooden sculpture on the screen, has 300 copies available. The profits from these sales will go back into the CATPC artistic community which buys back plantation land in the Democratic Republic of the Congo and provides fair payment to workers. This act of reappropriation is, to the artists, an opportunity to get back what is theirs “morally, intellectually, and artistically” according to one of the artists, Ced’art Tamasala. He worries about what will happen to looted art in the cryptosphere and decided to take an interesting action.

The Virginia Museum of Fine Arts responded by stating that this act destroyed any trust and using images taken from the Museum’s website is unprofessional and unacceptable.