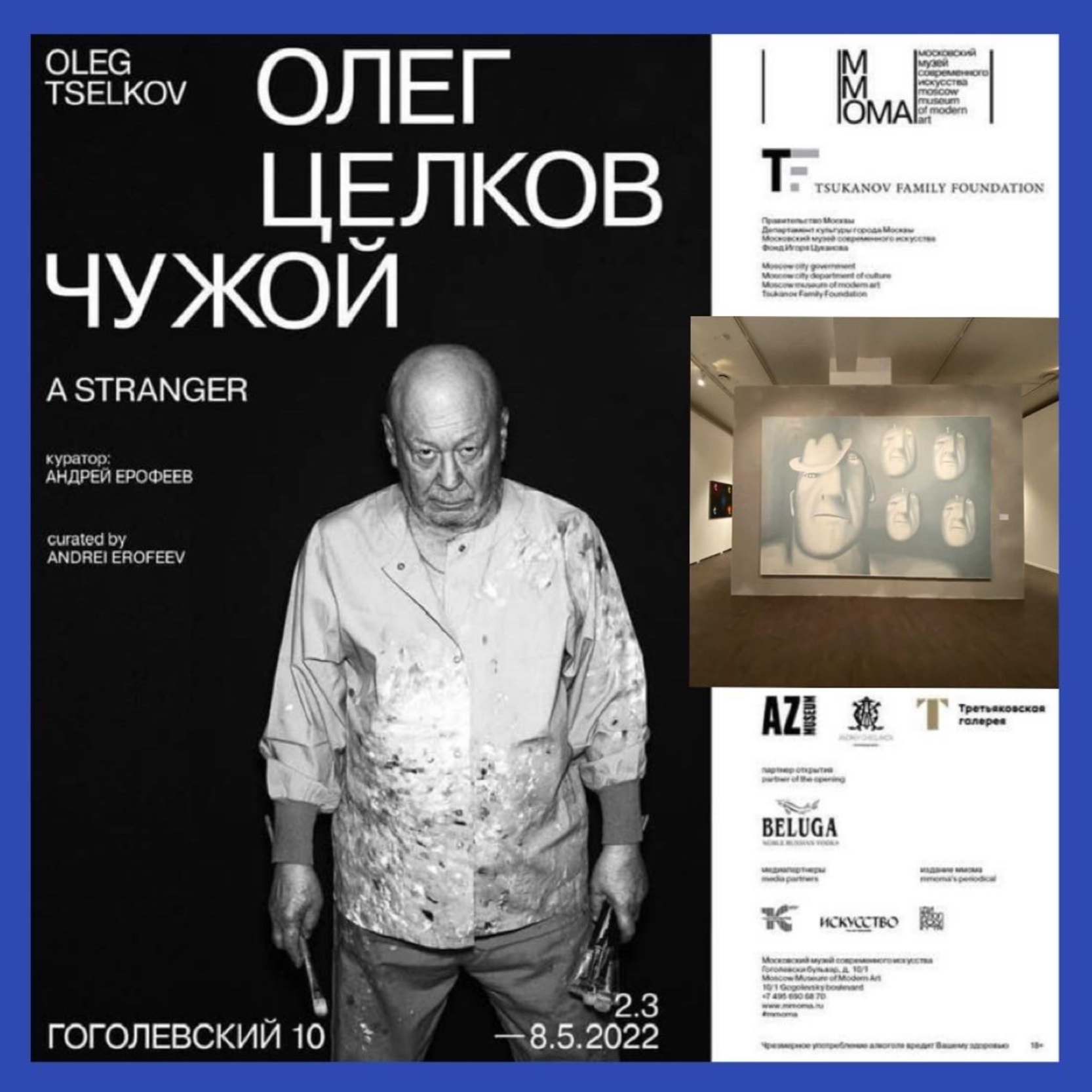 This week, the largest retrospective exhibition of the renowned Russian artist Oleg Tselkov opened at the Moscow Museum of Modern Art. Seven months after the artist’s death, this exhibition presents over 100 pieces which span across his career, including one which is a part of the Artessere ArtChips project.

Oleg Tselkov was born 15 July 1934 in the outer reaches of Moscow to a working class family. From 1949-53, Tselkov attended the Moscow Middle Art School for gifted children, where his journey in art began. In 1958, he finished a diploma in stage artistry from the Leningrad Theater Institute, where his mentor had been experimental theater director, Nikolay Akimov. Tselkov returned to Moscow in 1961 after gaining a reputation as the most flamboyant and radical innovator in new Russian art, becoming fashionable and fast-selling in the contemporary style of the USSR. Despite this, he continued to live modestly.

Since 1960, Oleg Tselkov experimented with a singular theme in his work featuring deformed, flat, humanoid faces in brutal aniline colors. His paintings are immediately recognizable and a theme of the faceless, blind man is an observation of humankind and a criticism of psychological violence around the world. Tselkov has been quoted saying that his paintings pertained to humankind regardless of country, regime, or origin, revealing the dark and sinister things that lurk at the bottom of any man’s soul, hidden in the conscious or subconscious. 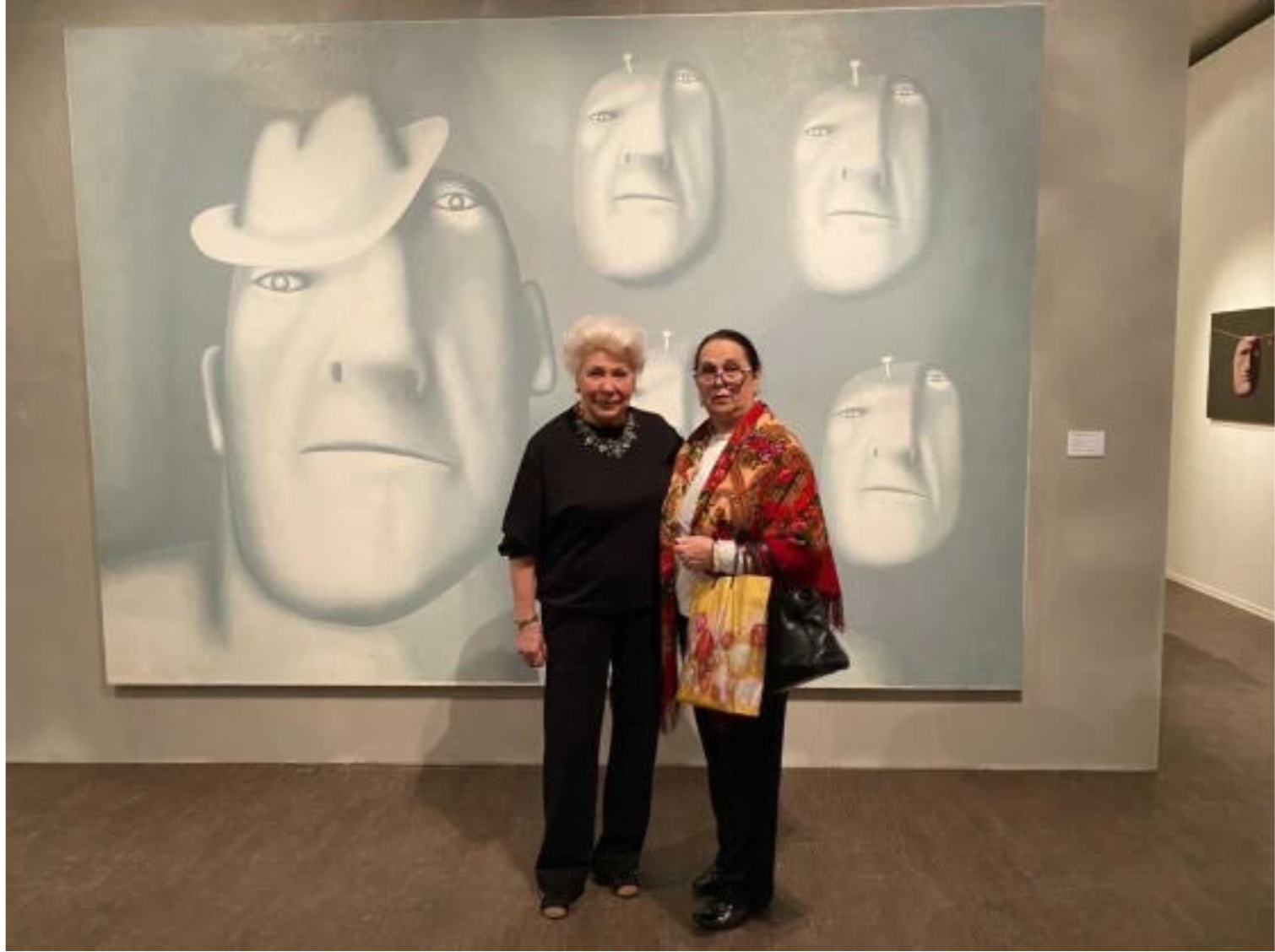 The artist’s wife(left) and friend standing in front of Collector and Collection, 1 March 2022

Tselkov’s first solo show was in 1966 at the Kurchatov Institute, but was shut down by the KGB two days after it opened and deemed ideologically unacceptable. Although his paintings were not demonstrated at official exhibits in the USSR, either foreign buyers or international friends worked to smuggle his art and exhibit it abroad. That changed in 1975, when he was a part of the first legal show of non-conformist art in the USSR.

In 1977, Tselkov and his wife left the USSR for Paris, where he lived and worked until his death this past July. From 1980-1990, Tselkov began to enhance the hues in his paintings and expanded the size of his works to take up wall-sized canvases. The same figures and concepts of his former work were explored in a hazy glow and contrasting bright color combinations.

The retrospective exhibition in the MMOMA offers an opportunity to experience all periods and stages of Oleg Tselkov’s work and to follow the formation process of his unique style. The exhibition consists of 8 thematic and chronological sections covering the period of Tselkov’s creative activity from the 1950s to the present decade in more than 100 works from 25 private and museum collections in Russia, France, Germany, Switzerland and the USA. In addition, and solely for the exhibition, Kerber (Germany) and ABC Design (Moscow) have published a catalog-essay of Oleg Tselkov, including about 900 works by the artist. The catalog was designed by Dmitry Mordvintsev. The artist’s wife, daughter, and son were present at the opening night of the exhibition, March 1, 2022, and played an important role in making this happen.

Artessere is also present in the exhibition: a work from the ArtChips community is on display. Through Artessere ArtChips, you can build your own personalized art collection investing in fragments of physical fine art from Banksy to Tselkov through the use of NFT technology.

Along with a high-quality print of the selected work, ArtChips investors also receive a share of the profits when the original physical artwork is sold as well as a portion of income from all related merchandise, not to mention the ability to sell their ArtChips on the secondary market via NFT marketplaces. 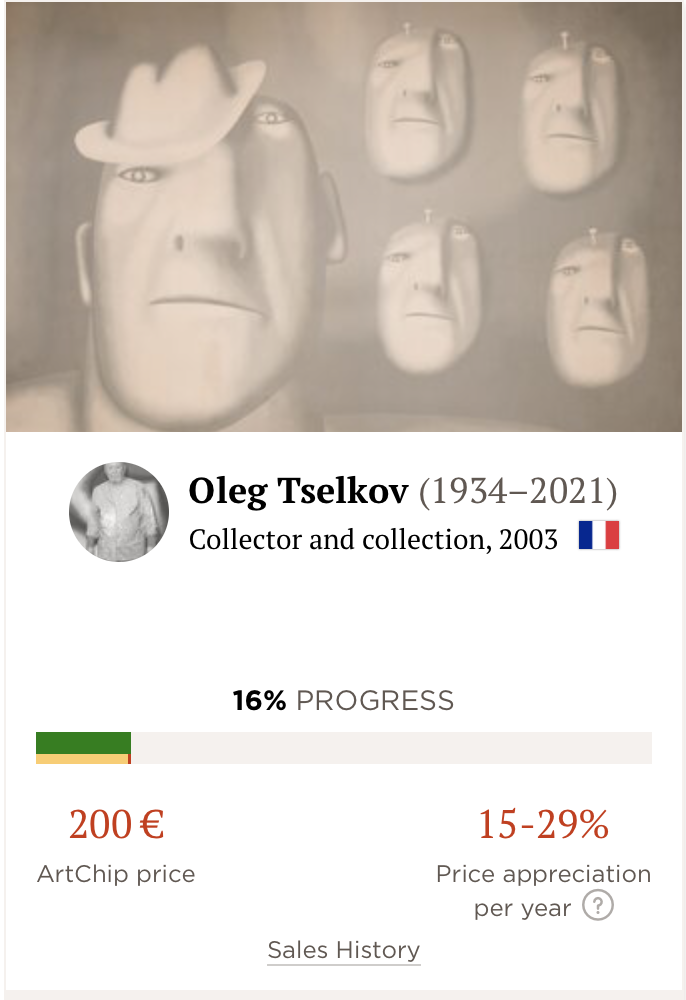 More info about how to aquire an NFT ArtChips  of Oleg Tselkov artwork  on https://artessere.com/artchips