The beautiful Takashi Murakami is one of the most picturesque and wildly interesting figures in the art world today. Quite hated in Japan, he thinks he isn’t a very good father, sleeps best on the floor, and spent over $70 000 000 buying paintings just to learn how to sell his better.

Have questions (or wild flashbacks to Altered Carbon or Coin Locker Babies)? Let’s learn more about probably the most exciting figure in the art world today. 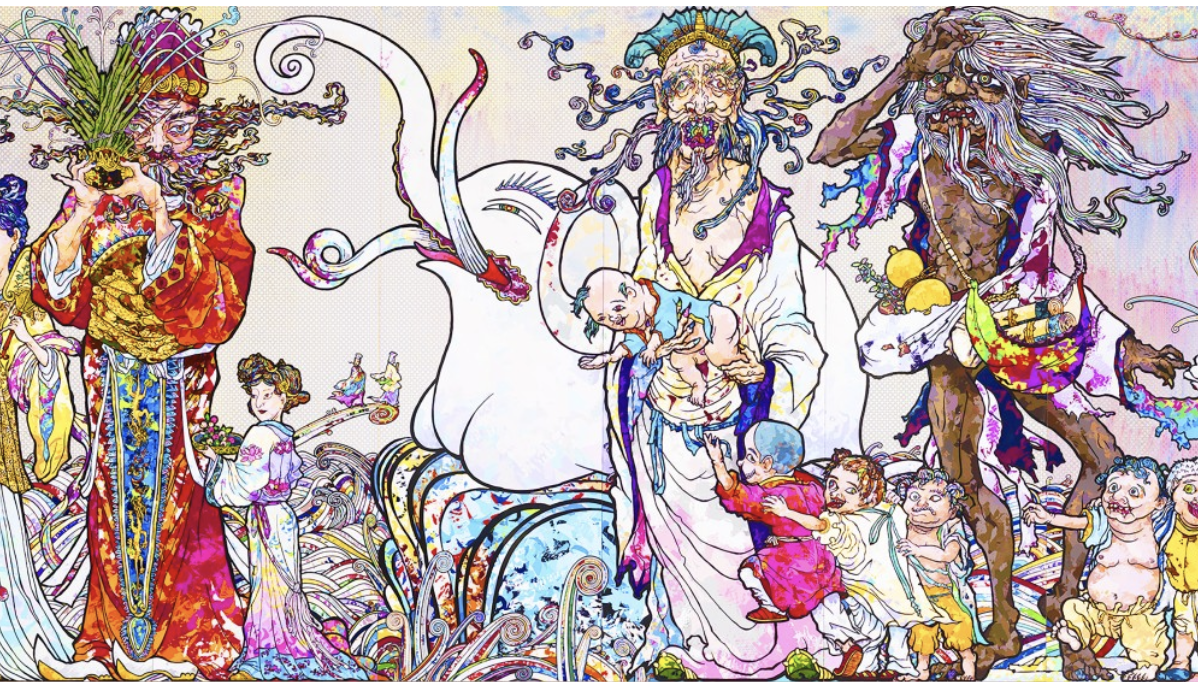 Takashi Murakami is a Japanese contemporary artist whose probably most famous work is (unfortunately) the sculpture "My Lonesome Cowboy", which he created in 1999 and was exhibited at the Venice Biennale.

Takashi is one of Japan's most successful contemporary artists, known for his bright colors and manga (Japanese comics) influenced paintings.

Add to that his instant accessibility and added cool factor, being the director of Billie Eilish's video, and his penchant for "wearing stupid clothes because I can not explain art, so people hear me sound stupid, look at my stupid clothes, assume I am stupid, and do not ask questions" - and here is a recipe for instant super-popularity. And, of course, his more than formidable talent.

His style blends pop culture with traditional forms of painting, sculpture and performance art. What could be more exciting than combining the traditional Japanese art of Nihonga (in which he has three degrees) with manga?

Takashi Murakami is considered one of Japan's most influential artists s and has been honored with several high-profile awards, such as the GQ Men of the Year 2008 Award, Honorary Knighthood from Les Compagnons du Beaujolais, Tag Heuer Business Award, and so on (as well as Time\s The Most Influential People In The World).

His works can be found in many collections, including the Museum of Modern Art in New York and the Center Georges Pompidou in Paris, as well as MoMA in New York City, the Walker Art Center in Minneapolis and many others.

With more education, prestigious awards, and money than 3 average presidents, Takashi remains disarmingly relatable and touching, as well as being socially aware. What’s not to love?

"In the exhibition "An Arrow Through History," which opened this week at the Gagosian Gallery in Manhattan, Murakami bridges traditional fine art to Japanese pop art to the hip NFTs - the digital tokens that represent original works of art.

Murakami told AFP he is concerned that younger generations are obsessed with screens and "do not understand contemporary art history."

They can only enjoy a few things, but with the plus of augmented reality, maybe young people will open their eyes more and then enter the contemporary art scene."

We totally agree! Find out more about our usage of NFTs to make art more known - here.