In recent decades, John Currin has been delivering paintings of women in various states of undress. This has led to much debate about whether or not he should be enabled to produce these images because they are often seen as pornographic and offensive. 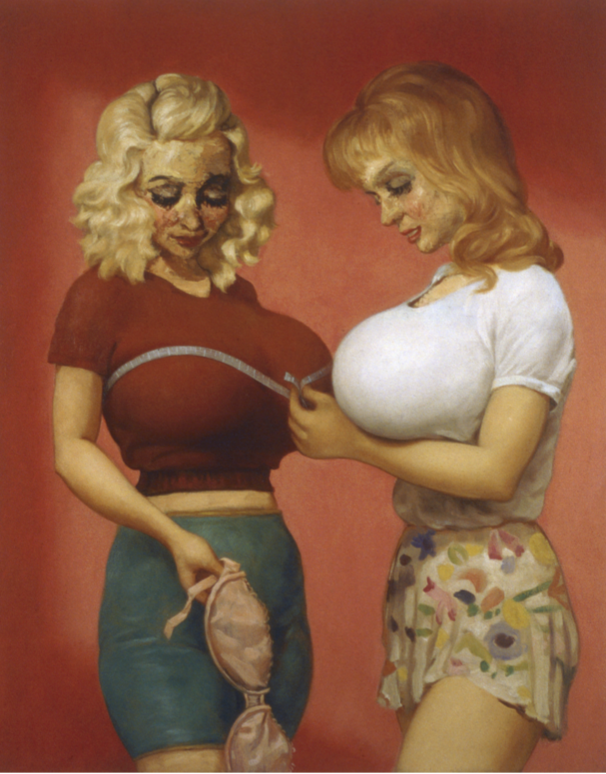 John Currin is one of America's most acclaimed artists who has faced much criticism over the years due to his depiction of female nudes. But didn’t thousands of great artists, you say? The controversy around the part of art that focuses on human interactions that normally happen behind closed doors has caused many a stir in this industry.

Are exhibionists tendecies unhealthy? Should art be puritanical at one extreme or lawless at the other and where is the golden medium? Let’s explore that topic using John Currin’s work as an example.

John Currin’s paintings famously center around the female body. Much of them can be called satirical or grotesque, and this has understandably given feminists a lot to passionately debate about.

His work has been praised by some and criticized by others who say that he's sexist or that his work makes light of women's bodies. On the other hand, Currin himself believes that artists should be able to create anything they want and people should not limit themselves in order to avoid offending someone else.

Some feminists argue that John Currin's work is misogynistic because it features mainly women in sexualized poses and clothing, with the only variation being their facial expressions. Other feminists believe that art should be able to depict anything without being censored.

Currin argues that he creates these paintings to explore "the construction of beauty" in contemporary society and that judging his pictures at first glance is shallow.

In truth, could Currin’s paintings in fact be a parody not of women but of the way society sees them?

How arbitrary are our beauty standards exactly? There is a school of thought that says these standards radically change very often, and often have very little to do with qualities we as a society traditionally find important like intellect, wisdom, a sense of human, altruism, and so on. Maybe this is what’s going on here: a shallow (at first glance) but actually deeply meaningful satire of a society that focuses almost entirely on the decorative.

Is John Currin’s work a critique of impressive but not impressing decors, people who seek outward beauty but not hidden treasures, and a society that prefers fake breasts and duck lips to inner worlds?

Are John Currin’s paintings parodies of women, or of a society where there’s a luxurious facade but nothing in the room?