While critics tend to think of art as purely theoretical (e.g. this case with pretty much no-one buying Banksy’s work because it hasn’t been signed) and even imaginary, there’s more to the notion that might seem.

It’s a valid question: is Malevich’s white square actually worth $85 000 000? “Give me 20 minutes and $100 bucks and I’ll do much better”, Tony Robbins once said, jokingly, but, like native Indians say, every joke consists of a very small fraction of a joke. The rest is the truth. What determines how much art is worth?

Hand me that A4 piece of paper, I need to write something down? 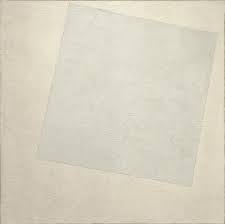 The value of art has been debated throughout the course of human history, but it wasn’t until recently that museums and galleries began auctioning off pieces, valuing them at record-breaking prices and making celebrities out of artists like Damien Hirst and Ai Weiwei.

It’s understandable that some art is clearly expensive. Picasso and Bosch evidently put a lot of resources into their creations, just like Murakami did, working 18-hour days and creating masterpieces that convey the expression of something Herculean effort was put into. But what about a dead cow’s head or a shark in a tank? Why are they worth so much?

Here are our thoughts. Let us know what you think!

There are a number of factors that determine the value of an artwork. These factors might be different depending on the country, cultural framework and the epoch..

1) The artist's reputation or prominence within the genre they work in, and whether the artist has been commissioned to create a work for an important person or institution.

2) What type of medium was used, and how it was created: for example, if an artist creates a large-scale installation piece that utilizes many different materials, this will be more expensive than a drawing on paper.

3) Whether the work is unique or one of a kind: the more copies there are of a particular work, the less valuable it normally becomes.

5) Historical importance: the more historically significant the artist, the more valuable the artwork will be. Some of the more known examples of this would be Leonardo Da Vinci's Mona Lisa or Vincent Van Gogh's Starry Night.

6) Subject matter: certain subjects matter a lot more to some people than others. For example, people who love cats might be willing to pay a lot more for a painting with a cat in it than someone who doesn't care about cats at all.

7) Subjective valuation: how important and how appealing does an individual subject matter or work of art seem to you? This can be affected by your personal taste and what you want in life.