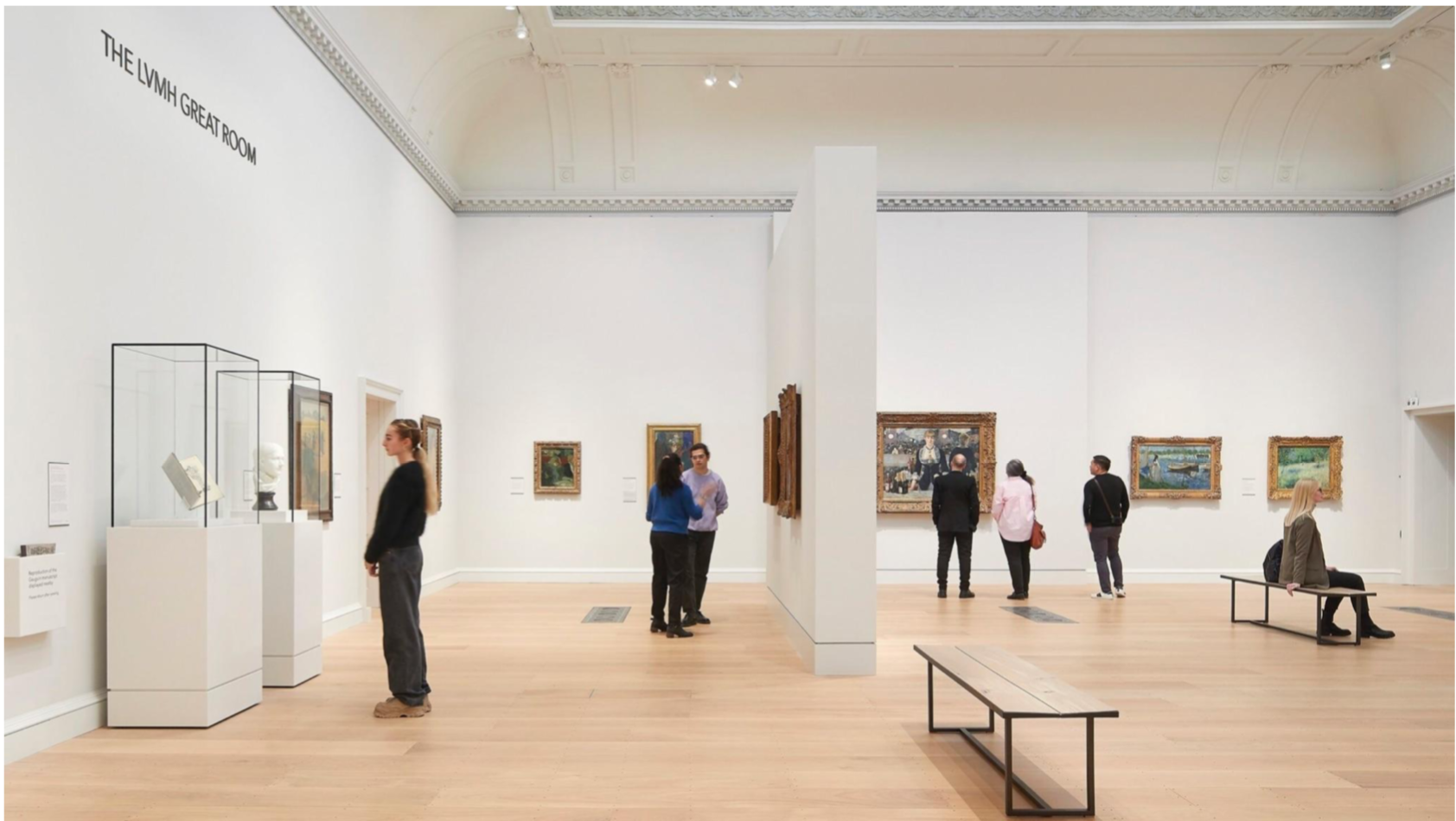 One of the United Kingdom’s top art collections recently underwent the largest modernisation project in its history. The Courtauld Gallery in Somerset House in central London has been closed since 2018 and reopened its doors in November, 2021. The most famous collection of works in this gallery are Impressionist pieces, but the second floor features works from the Renaissance through the 18th Century. New rooms have also been added and dedicated to 20th Century art.

The first exhibition in this new space, as well as the first exhibition dedicated to Van Gogh’s self portraits will open in early February. Vincent Van Gogh had a notoriously short career as a painter, but during this time he created around 35 self portraits. There is only one portrait photograph of him, at the age of 19. We know from his self portraits more than this photograph showed us; he had red hair, green eyes, and an angular face, even though this face’s expression changed throughout his paintings.

Van Gogh did not paint self portraits because he was vain, but rather as a method of practicing painting people. The majority of these were done during his time in Paris, from 1886-88. The artist, short on money, could not afford to hire a model and therefore painted himself for practice.

The Courtauld Gallery jumps off of their own collection for this exhibition. One of their most celebrated works is Van Gogh’s Self-Portrait with Bandaged Ear (1889), which inspired this

exciting exhibition. Over half of Van Gogh’s self portraits, rarely lent, will show 15 of the artist’s works focused on self-representation from his years in Paris to his time in an asylum in Saint-Rémy-de-Provence.

This exhibition offers the first opportunity in a gallery setting to truly track the changes in Van Gogh’s self perception as seen through his portraits. His early portrait Self-Portrait with a Dark Felt Hat from 1887 is perhaps one of the more well-known paintings, with an expressive palette and brilliant line work surrounding his head and face. However, over time, the expression on his face as well as the colors and stylistic elements of his paintings grew further restrained, showing his mental and physical exhaustion.

One of the last self portraits he painted before his death is also included in this exhibition, Self-Portrait with a Palette (from September 1889, shortly before his death in 1890). This painting is reminiscent of Starry Night, with a blue and yellow color scheme in the background of his typical angular face and red hair.

His face grows further disgruntled through his works, and he painted the aftermath of his first mental breakdown in which he famously cut off his left ear. Despite being reluctant to speak about this in his written letters, Van Gogh did paint it into two of his self-portraits. Rather than painting to incite pity, Vincent Van Gogh painted himself as a sick and broken man in the hopes that it would heal him. For this reason, it will undoubtedly be a moving experience to witness these works in consecutive order and reflect on this great artist’s life.

Some of the works, borrowed from galleries around the world, have not been in the same room since they were in the artist’s studio.

The Courtauld Gallery claims this exhibition to be unmissable, as they do not plan to loan out their Self-Portrait with Bandaged Ear for many years as it remains in their permanent collection. They have also announced “a fully illustrated catalogue, featuring essays by international collaborators and presenting new research, as well as detailed entries on each of the works on display”, to be published coinciding with the exhibition.

Although the exhibition opens February 3 and will remain open until May 8, 2022, tickets are already available on their website.

You can find more information at the following link: