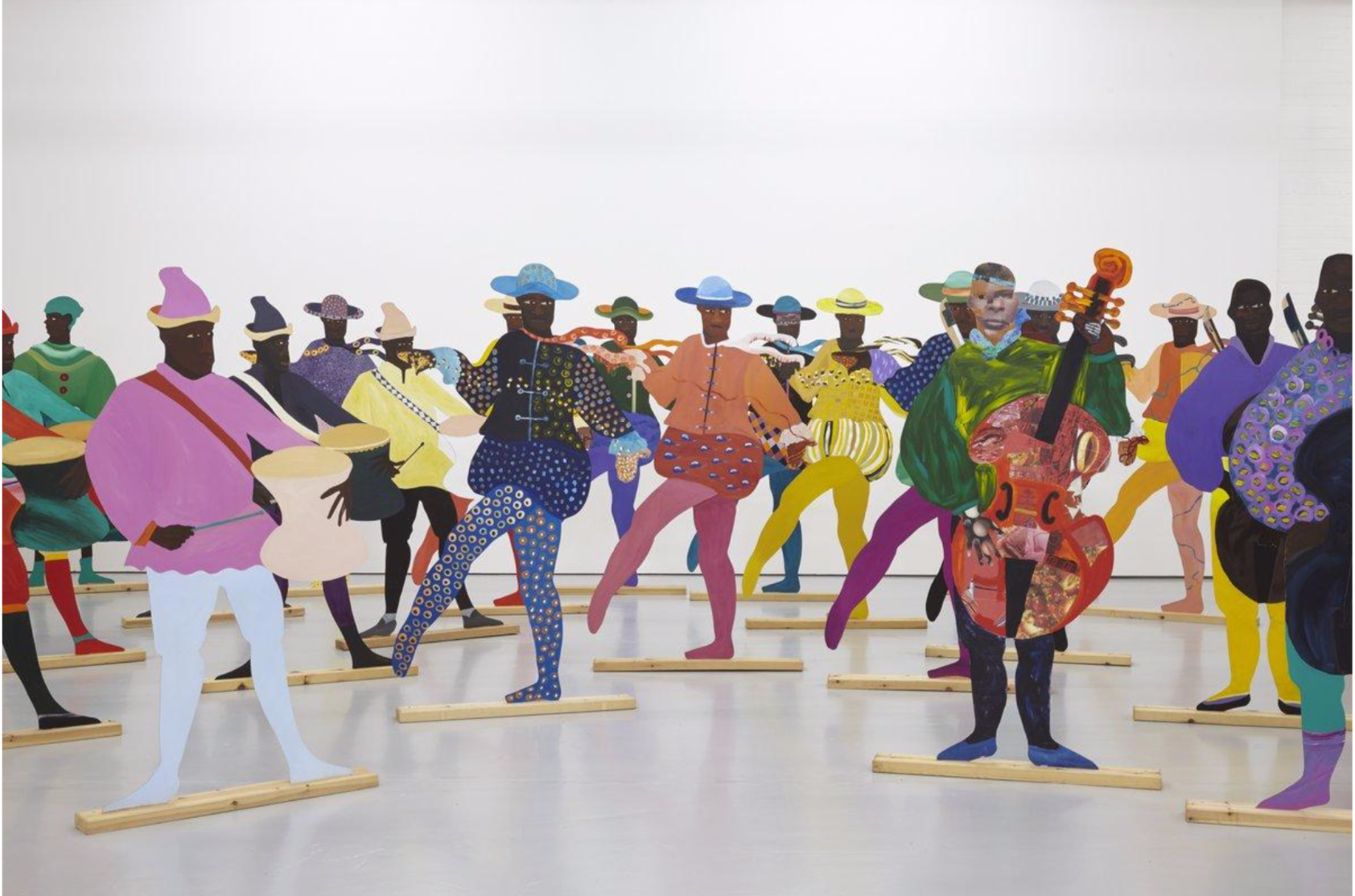 Lubaina Himid is well-known in Britain, particularly after a 2017 Turner Prize win which made her the oldest recipient (now age 67) as well as the first woman of color to receive the award. However, her career spans back to the 1970s, making a major retrospective long overdue.

As a leader in the British Black Arts Movement, Lubaina Himid has curated important exhibitions of Black art in the United Kingdom, and now teaches contemporary art at the University of Central Lancashire. Her interests in theater and set design, inspired by her mother’s career as a textile designer, have an important role in the exhibition now at Tate Modern.

The exhibition unfolds in a series of scenes, taking the audience both back and center-stage. Featuring works from throughout her career, as well as new pieces, this exhibition summarizes the political as well as the playful that can be found throughout Lubaina Himid’s career. Using theater as an impetus, Himid draws on the radical history of this genre to create set-design style pieces commenting on current politics.

Rather than going chronologically, as a retrospective typically does, this has been curated so everything happens at once: works from the 1980s are hung next to works from 2020, others come off of the wall, hang from the ceiling, or stand alone in the center of the gallery space. The exhibition also foregos traditional wall texts, with each room instead featuring a sound piece and handwritten questions by the artist on the wall. The guide catalog does helpfully provide detailed analysis as you move through each room.

As is typical with all of Himid’s works, this exhibition is presented as a conversation. The artist’s voice is directly present, with it being clear that she has had her say in how the exhibition will unfold, prompting and encouraging the viewer to ask questions and interact with the works. The companion text pushes the audience even further, asking probing questions such as “What would I do in this situation?” or “What difference can I make?”.

Themes of Lubaina Himid’s life come up in these works. Born in Zanzibar, an archipelago off the coast of Tanzania, she left as a baby to move to England following the unexpected death of her father. The ocean, turbulence, maps and collective power, and figures painted in traditional Tanzanian dress are repeated in works throughout the exhibition. 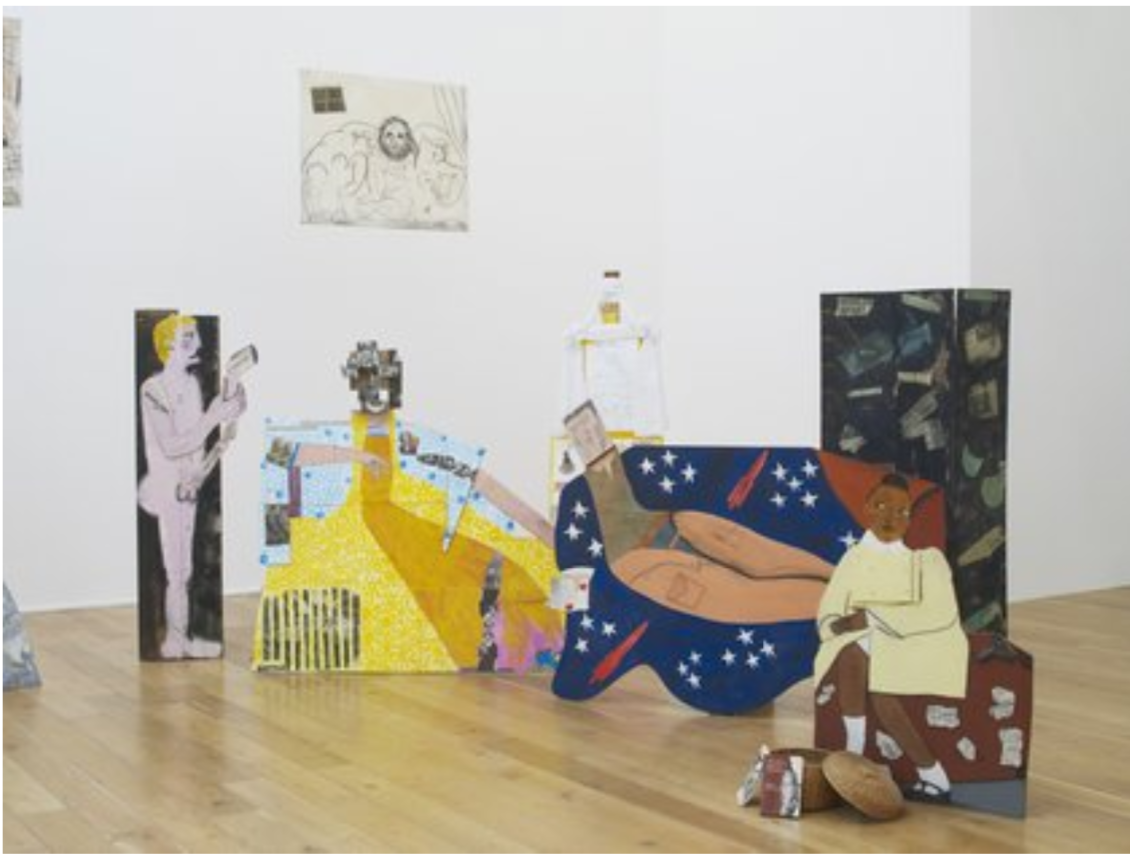 A Fashionable Marriage Detail, Installation View The Place is Here

The artist’s most well-known piece, A Fashionable Marriage, is on display in this exhibition in the center of a room. This arguably takes the power of the piece away, showing the bare backs and fragility of these wooden cut-out creations. Nonetheless, the powerful political message resounds even in today’s modern era. Inspired by the 18th Century painter William Hogarth, the work appropriates his figures to become emblems of 1980s politics, including Margaret Thatcher and Ronald Regan in life-sized and satirical forms.

Appropriation of works by other artists is typical in Himid’s oeuvre and the more powerful of her pieces in this exhibition involve restructuring traditional power as displayed in art to favor Black protagonists. One series’ title, Le Rodeur (2016), references a French ship that set sail for Guadeloupe from the Bight of Biafra in 1819. On this ship, 36 enslaved people afflicted by illness were thrown overboard to drown. Himid recreates another of Hogarth’s paintings, a ship scene from which she removes all of the crew except for two Black men. This reframing of political power is an astute summary of her career, which has held at its core her desire to radically change how Black women in particular are perceived in the world.

Tickets are £16 for general admission, £5 for Tate Collective, or free for Members.