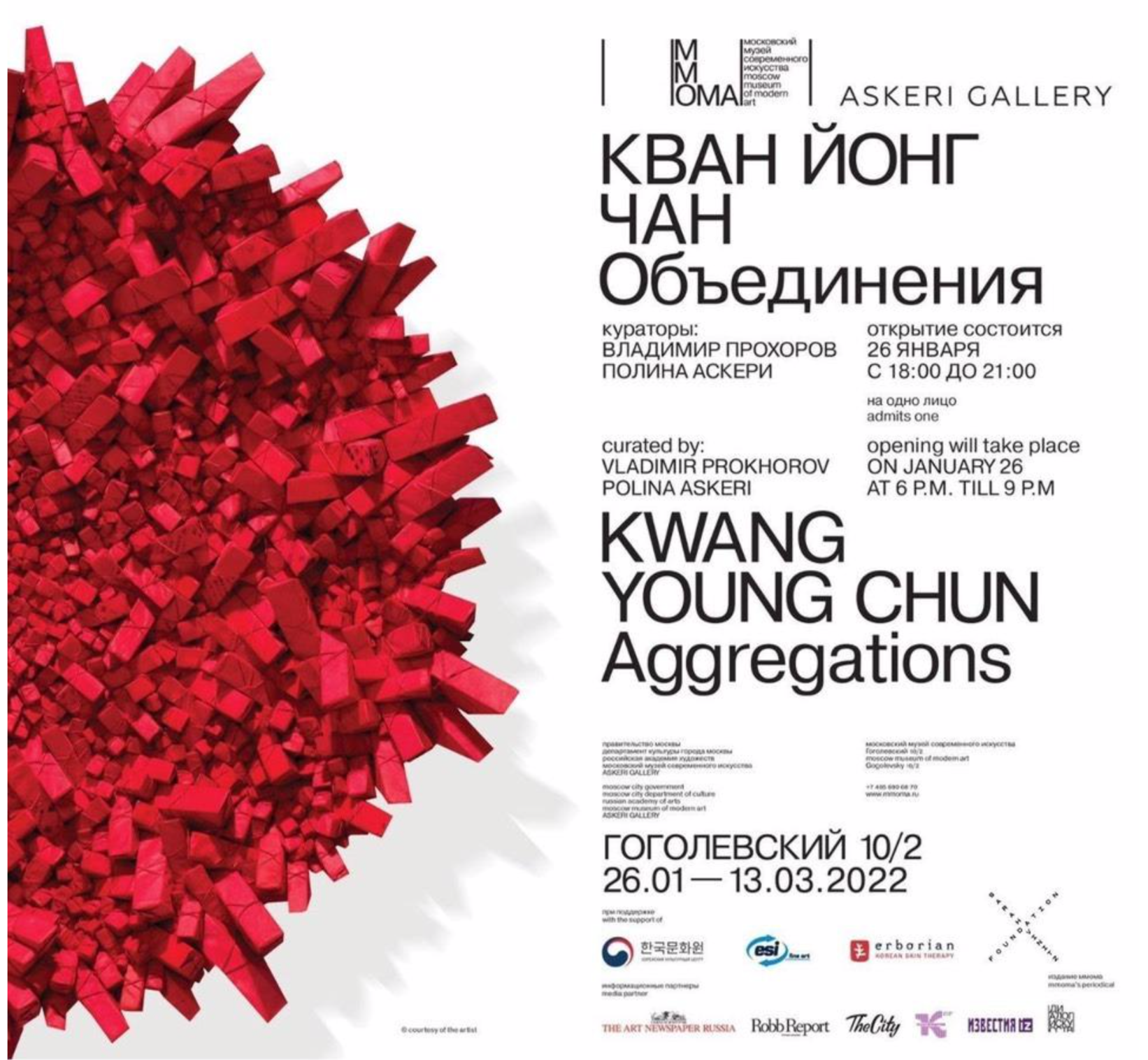 Russian art-lovers and visitors of Moscow have the opportunity to see the works of famed artist Chun Kwang Young beginning this month at the Moscow Museum of Modern Art   ( MMOMA ) in the new exhibition: KWANG YOUNG CHUN - Aggregations.

The exhibition was curated by gallery owner Polina Askeri and Vladamir Prokhorov, and promises to bring the bright and unique works of Chun to wintry Moscow.

Chun Kwang Young is a Korean artist known for his textural and crystalline paper sculptures. Born in Hongcheon, South Korea in 1944, Chun grew up in Korea during a time marked by Japanese colonization and the Korean War, both of which impacted his artistic process. Chun studied at the Hong-Ik University in Korea, receiving a BFA in art in 1968.

In his twenties, Chun was drawn to America – particularly the American dream and its juxtaposition with the inequality, poverty, and war existent in a country where democracy supposedly flourished. In the 1970s, Chun first traveled to America to continue his artistic education, and through abstract expressionism Young found a way to express his conflicting emotions about the growing gap between ideals and reality. Chun appreciated the freedom of abstract expressionism, where colors and brushstrokes broke from the constraints of academic painting to express questions of chaos and struggle, as can be seen in his early works.

In the 1990s, Chun began to delve into his Korean identity. He was unhappy with co-opting an art style popularized by others and sought to create his own method of artistic expression. Chun hit a turning point In 1995 as he broke convention and left his brush and canvas in favor of a new material: traditional Korean mulberry paper, or Hanji, traditionally used for writing and packaging drugs or food.

Chun, who had long wished to express his art through Korean sentiment, found a way to express collective memory in large scale pieces made with the Hanji paper. Through using individually hand cut polystyrene triangles of Hanji paper covered in ancient Korean or Chinese texts Chun provides, in his own words, ‘a window reflecting visions of humanity.’

Chun Kwang Young’s works of assembled mulberry papers are called Aggregations. To the artist, they are a combination of memories, a conversation between individual pieces and the larger piece they create, as well a nod to his original artistic beginnings in Abstract Expressionism. 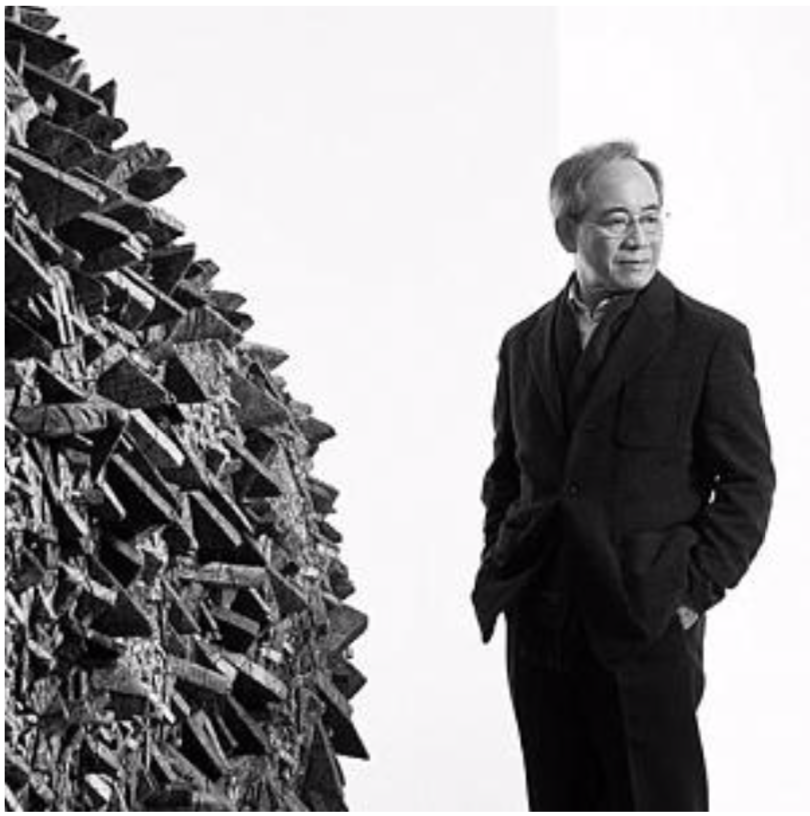 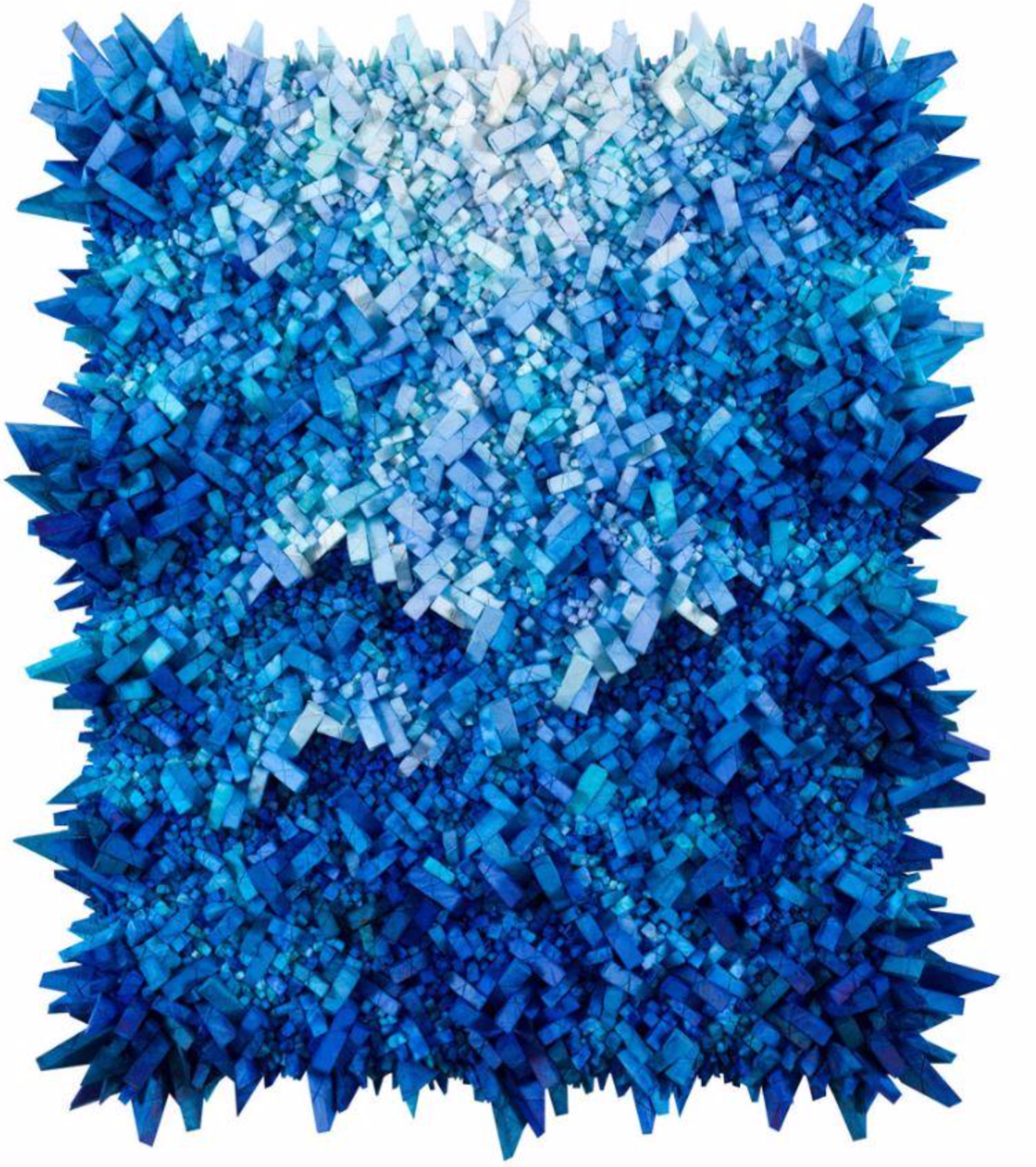 Chun Kwang Young has received many awards for his works, such as the Artist of the Year from the National Museum of Modern and Contemporary Art in Seoul and the Presidential Prize in the 41st Korean Culture and Art Prize. His works are shown globally – from New York to London to Seoul – and are featured in numerous private and public collections. Today, Chun Kwang Young is 77 and still creating art in Seongnam, Korea.

The Askeri Gallery has been operating in Moscow since its founding by collector Polina Askeri in 2016. The gallery has produced many exhibitions and charity projects both in Russia and abroad, and is working actively to assist in the development of the Russian art market. With a focus on the trends of Western and Eastern contemporary art, Askeri Gallery

not only sells contemporary art but also works with up-and-coming artists to assist in developing their careers, including representing its artists at international art affairs.

More information on the MMOMA can be found at their website, https://askerigallery.com/en/ in both Russian and English.