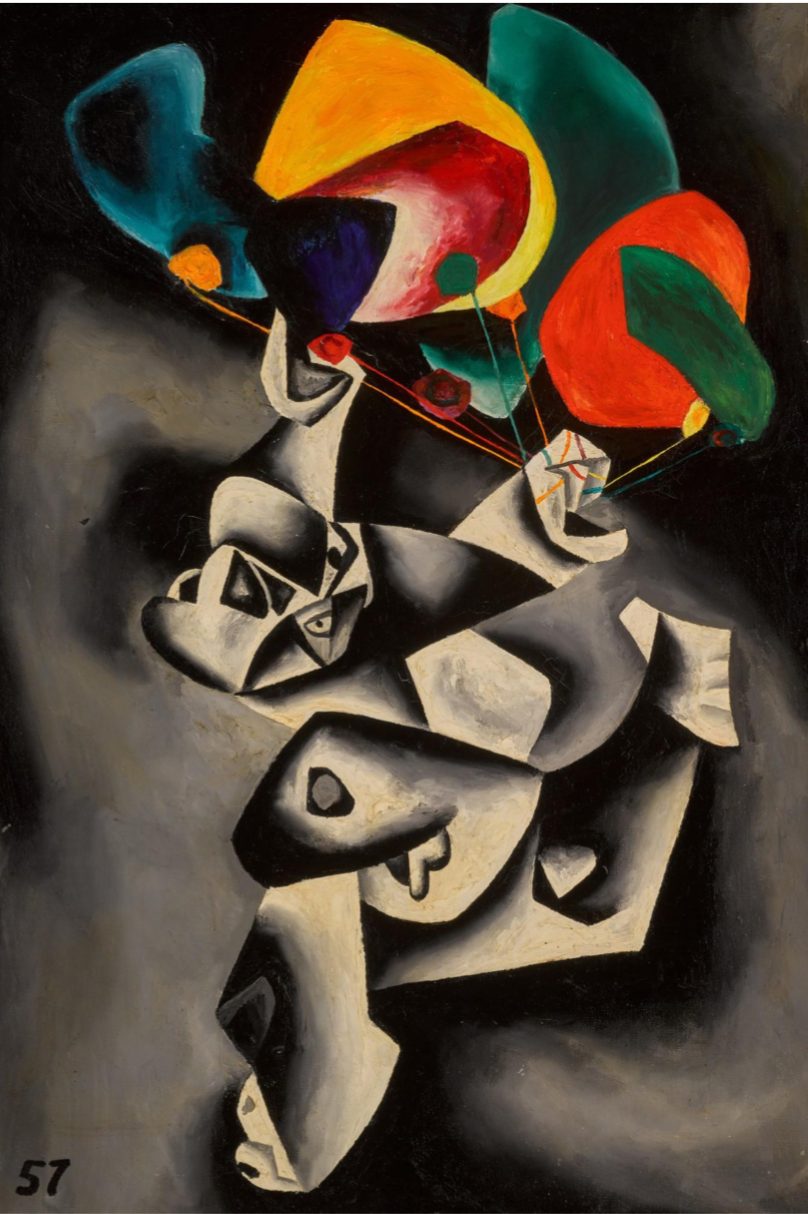 According to Sotheby’s, Boy with Balloons (1957) is one of the few surviving works from Tselkov’s early period, marked by daring experiments and a changing cultural and political climate.

Oleg Tselkov is an artist often featured on ARTESSERE, with a video and quiz based on his biography and art available on the ARTESSERE Edutainment platform. The artist’s work is also available to invest in through ARTESSERE ArtChips, a new form of art investment through NFTs.

Through ARTESSERE ArtChips, you can build your own personalized art collection investing in fragments of physical fine art from Banksy to Tselkov through the use of NFT technology. Along with a high-quality print of the selected work, ArtChips investors also receive a share of the profits when the original physical artwork is sold as well as a portion of income from all related merchandise, not to mention the ability to sell their ArtChips on the secondary market via NFT marketplaces.

If you are interested in a piece of Tselkov yourself (or other fine art), but don’t have the budget for the Sotheby’s auction price tag, joining ARTESSERE ArtChips may be the answer to your problems.

For comparison, Sotheby's Tselkov was sold for 571,600 GBP and measured 103.5 by 68.5cm, 80.48 GBP per centimeter. ARTESSERE’s Tselkov has an offering price of 384,009 GDP and measures 245 by 350cm, with ArtChips available for sale for just 21.33 GDP per centimeter (85 for a 4x4cm portion of the work.) This provides investors an incredible way to invest in high art without the high price tag, alongside multiple perks.

The same day Sotheby’s Boy with Balloons sold, 12 ArtChips of Tselkov’s work Collector and Collection were sold on the ARTESSERE ArtChips platform. With Tselkov’s work only rising in price, both the Sotheby and ArtChips buyers are sure to have made a wise investment.

To find out more about investing in ArtChips, visit https://artessere.com/artchips.